A disproportionate amount of grinding along tarmac roads on the fatbike brought me to the car park at the end of Haudalen. The gravelled road beyond was hot and dusty but it weaved it's way up into thinning trees, increasing rock and snow-capped sentinels in almost every direction. I've camped here once or twice before. 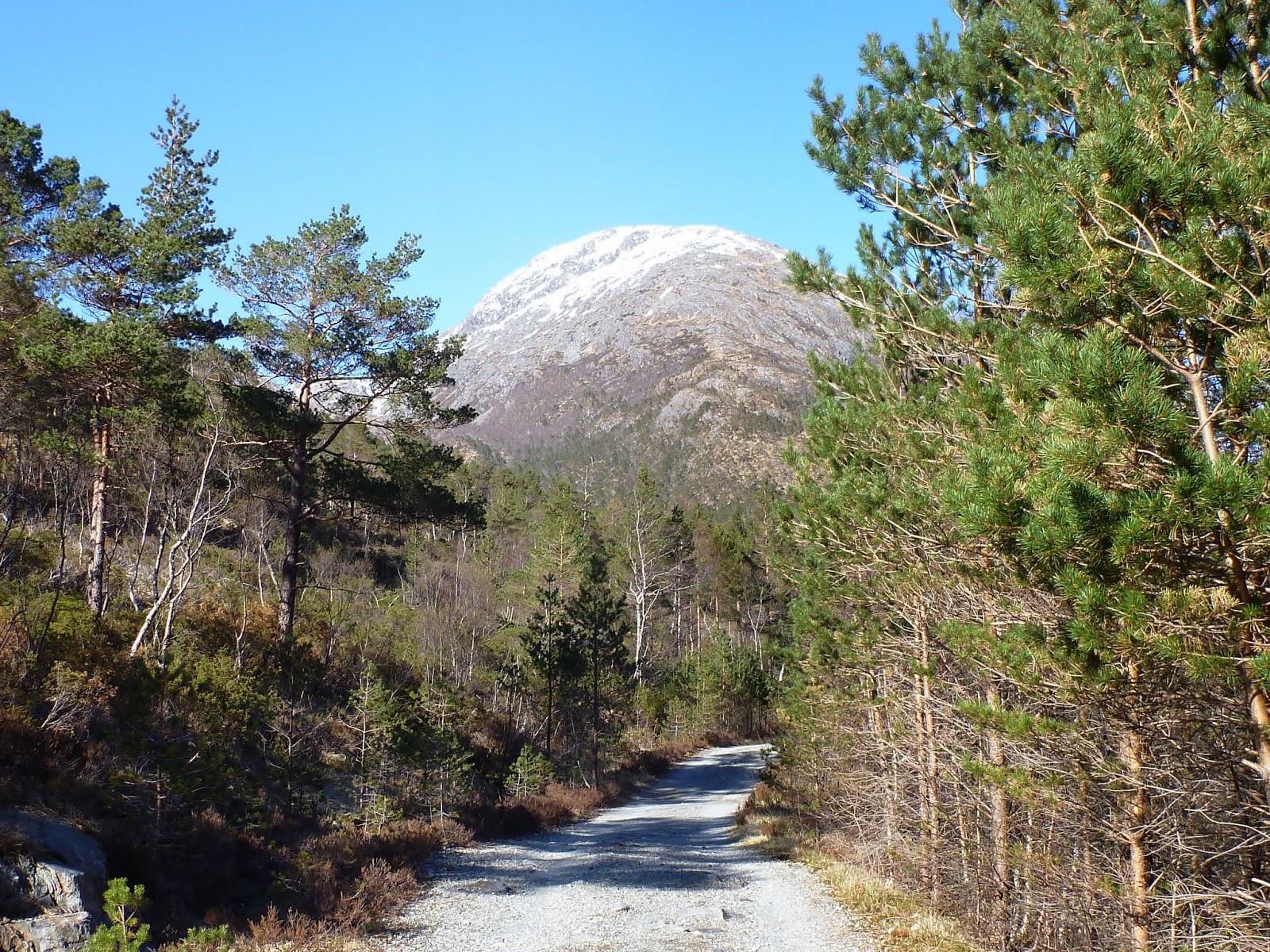 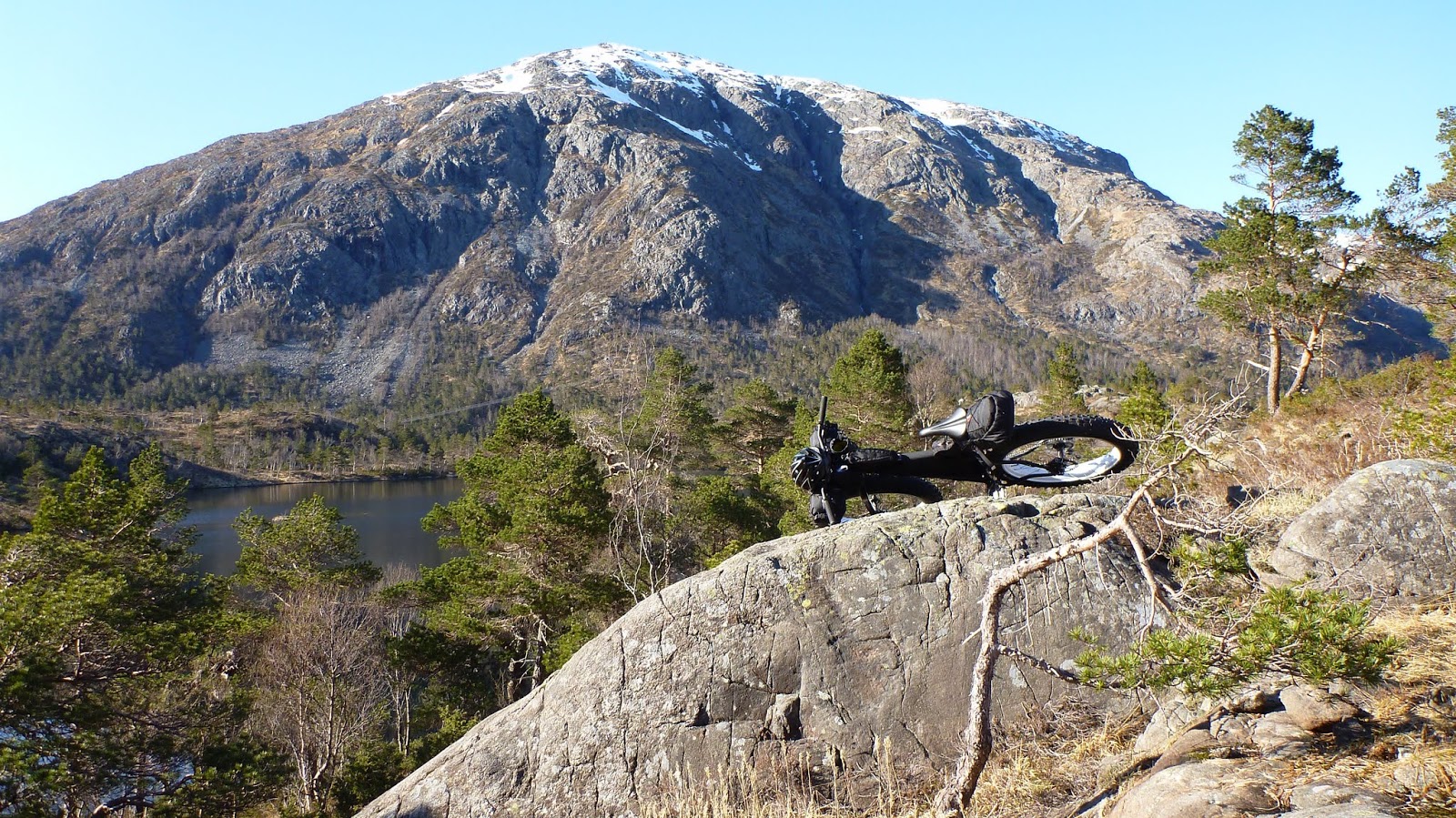 The alignment of Easter weekend and stunning sunshine made for busy progress. Families, runners, hikers and bikers laid claim to the many pretty resting spots along the river's margins. Laughter, grill smoke and a communal relief that we'd made it through another winter. 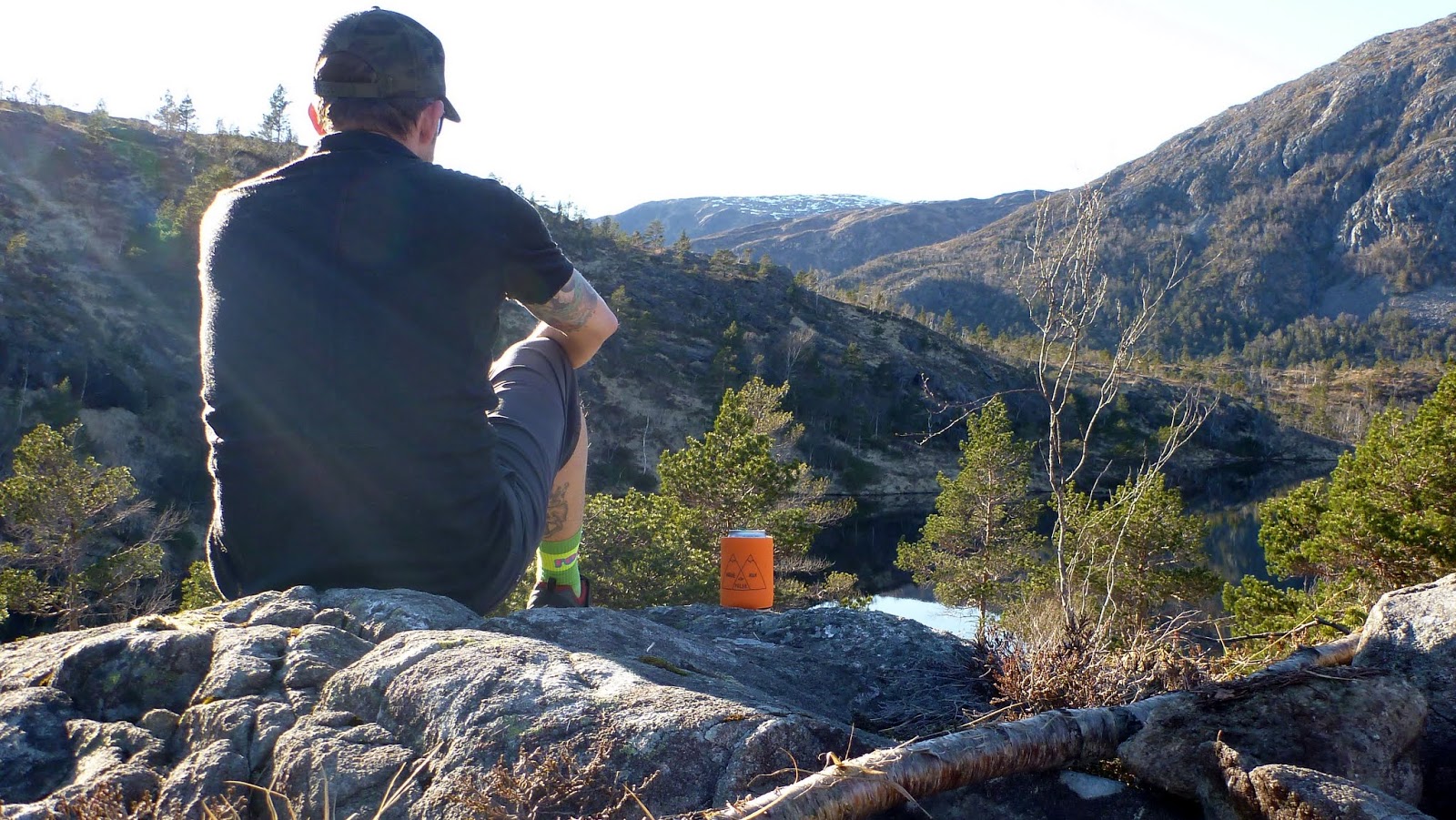 I pushed on further, to the top where the trail tips downward to the fjord. I cut right and pushed/pulled/swore-at my bike along the narrow, rocky trail at the base of Svenningen. The only sign of man here is a brief glimpse of some power lines to the north. The rest of my quarters was made up of rocky cliffs, ridges and the quiet, dark waters of the lake below, pocked occasionally but waking trout. The carefully wrapped, final, holiday weekend beer was retrieved from the frame-bag and lovingly supped while sweat dried on my skin in the heat. 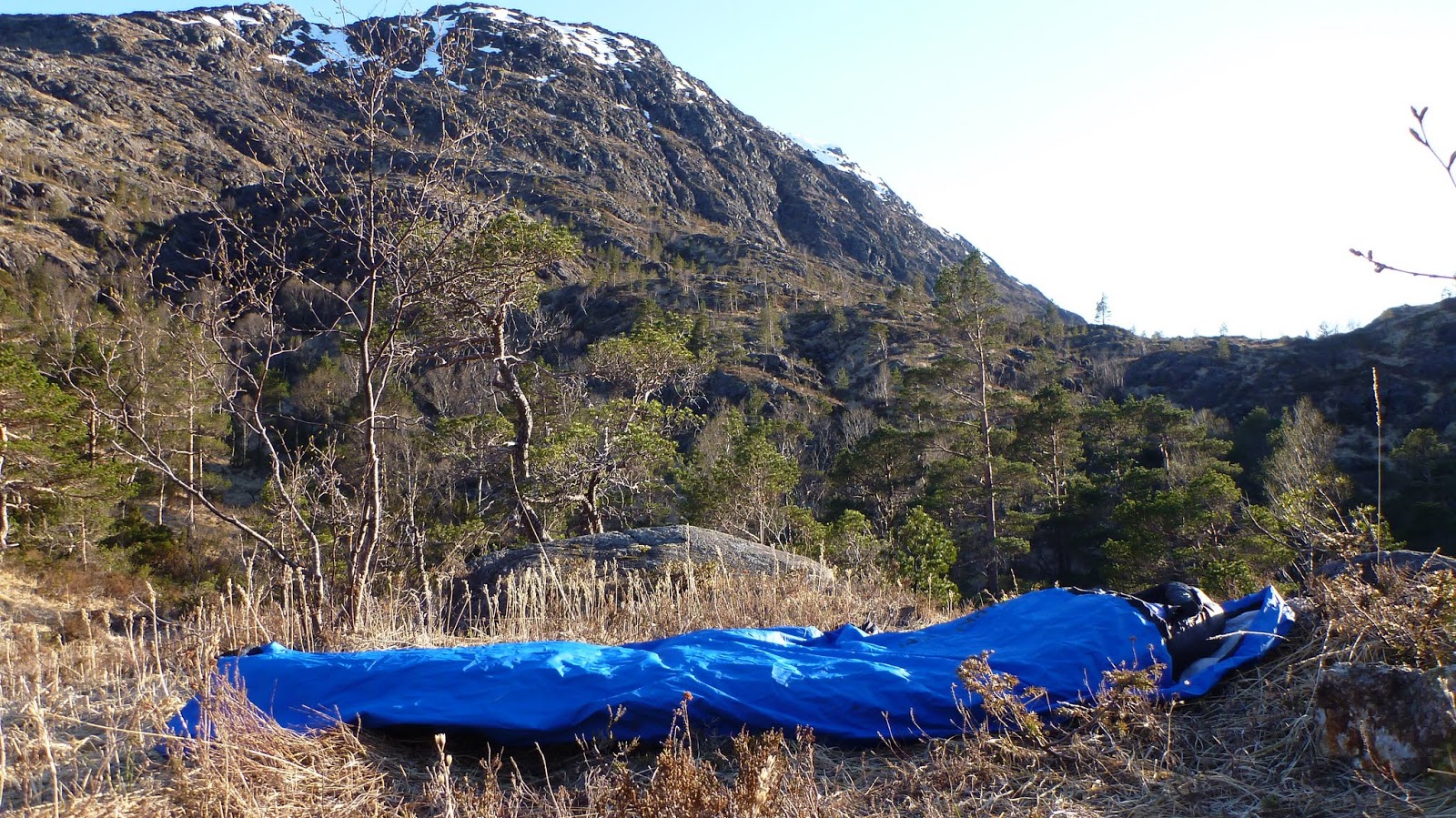 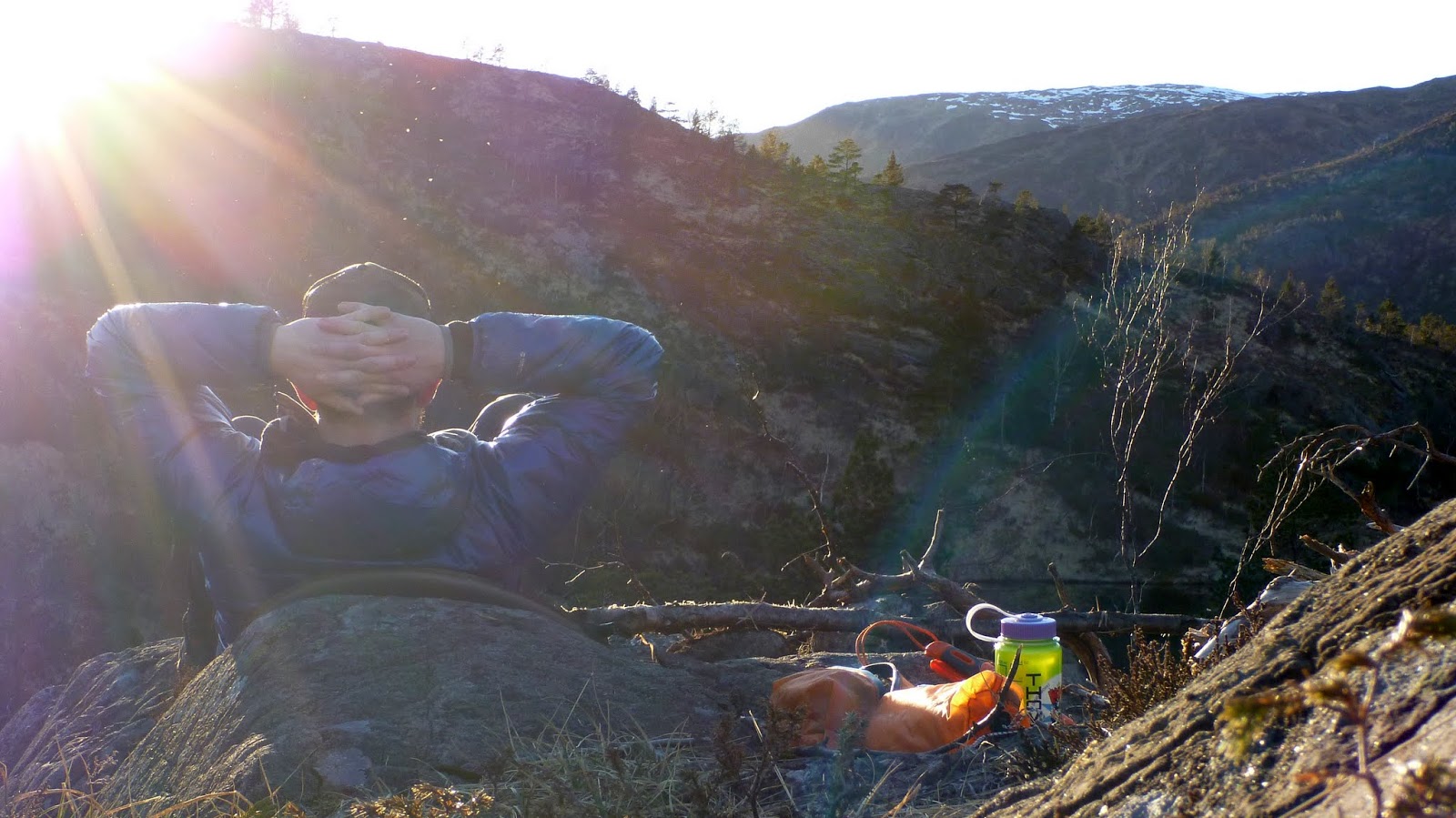 I waited for the sun to set behind the ridge on the other side of the lake, then I would light my fire. Instead the sun played with me and tripped along the curve of the ridge in a downward arc, prolonging the bright light and delaying the waiting cold. 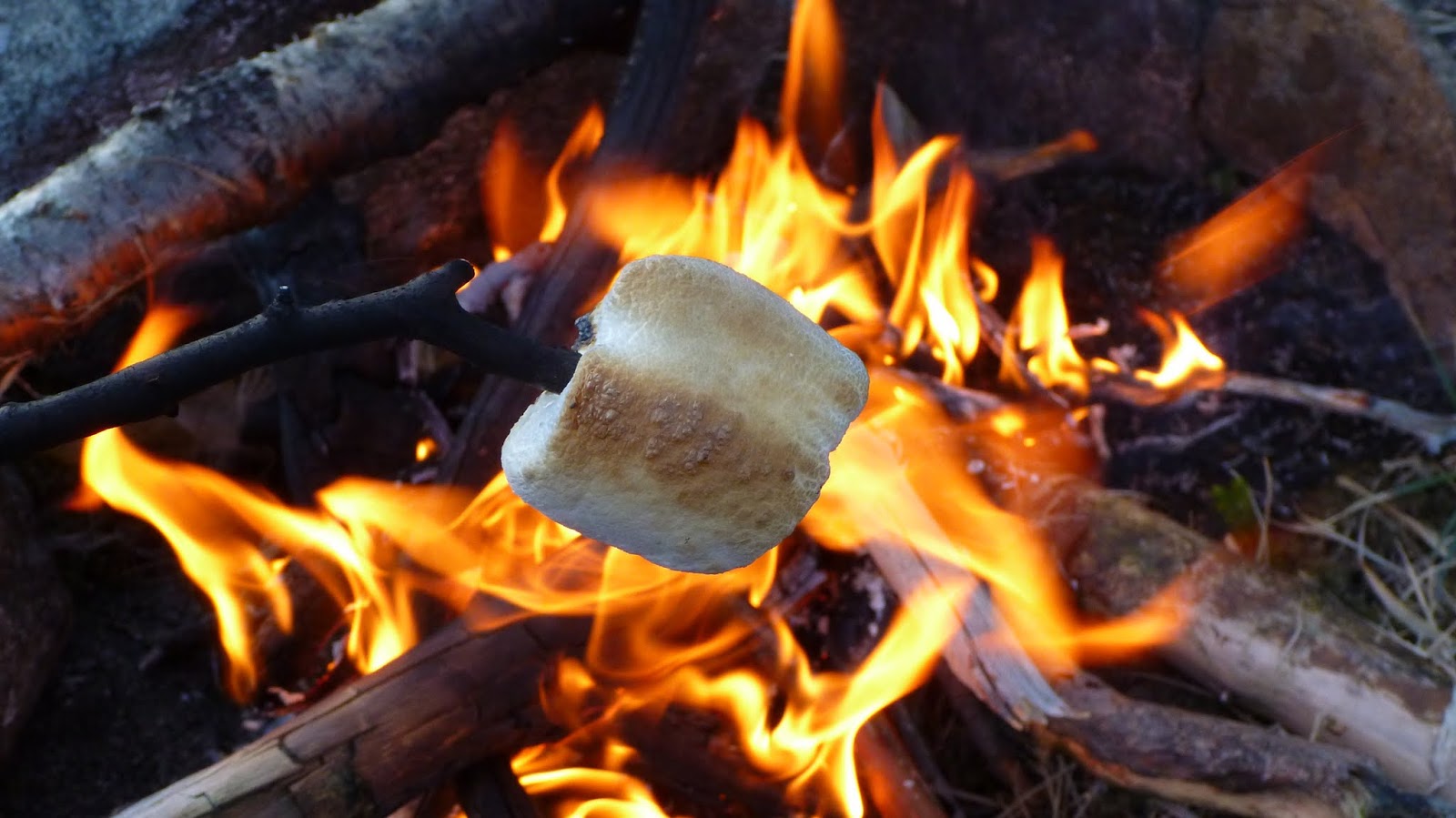 Once the sun had finished her games I threw sparks at the tinder and rubbed my hands with glee. Party time. I warmed my foil-wrapped pesto chicken and cheese sandwiches and delighted in the simple pleasure of toasting marshmallows. Where's the best toasting spot? Up over the flame? Down near the embers. The white fluffiness bloomed and crusted amongst the heat.

Behind me, the shadow of the ridge I was on crept up over the mountains to the south east of the fjord below. The snow blushed pink then became washed-out grey as the heat of the day was replaced with cold, far more in keeping with the time of year. I snuggled into my sleeping bag and bivy and stared up at the arriving stars. The Big Dipper, tipped up on it's handle, stared down at me, like some giant cosmic question mark. 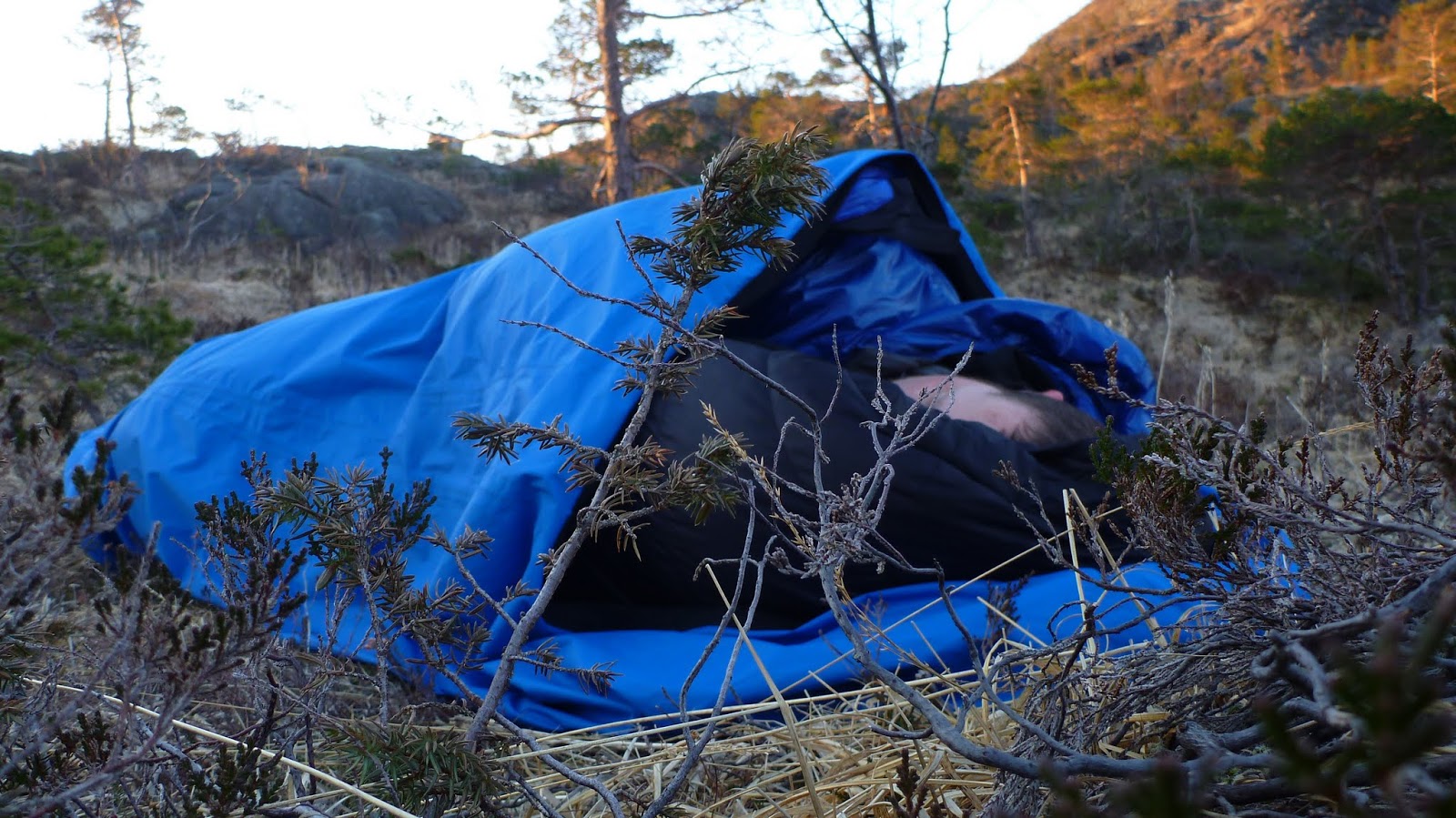 Sleep was dark and solid. My eyes fluttered open only a couple of times. Once, to witness a mass of stars in a navy blue sky, and then later, to see the purple of dawn. The alarm on my phone had forgotten it was a bank holiday and rudely shook me from my contented rest. I rolled over and smiled as the rusty flanks of Svenningen stared back, still and silent. 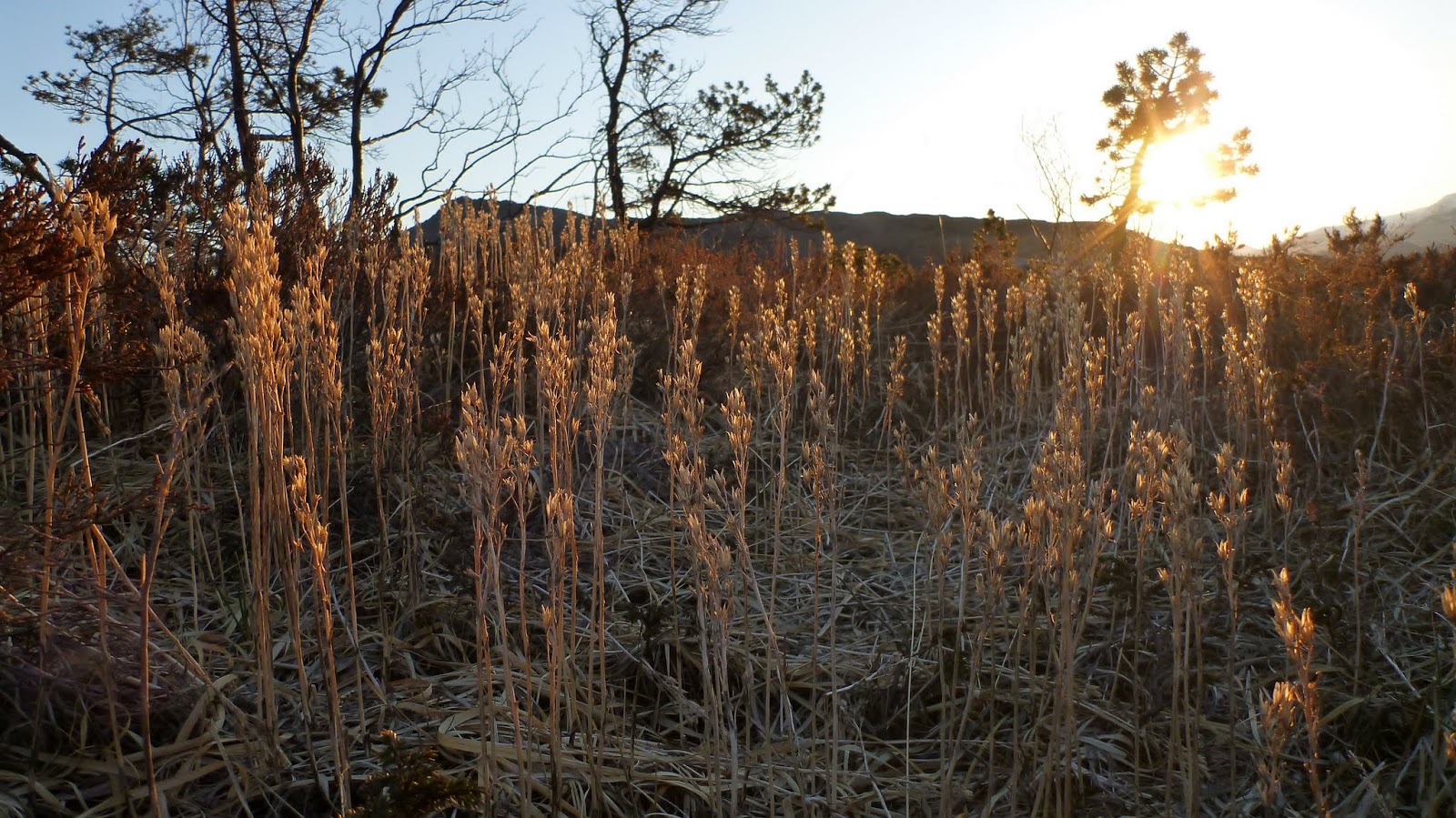 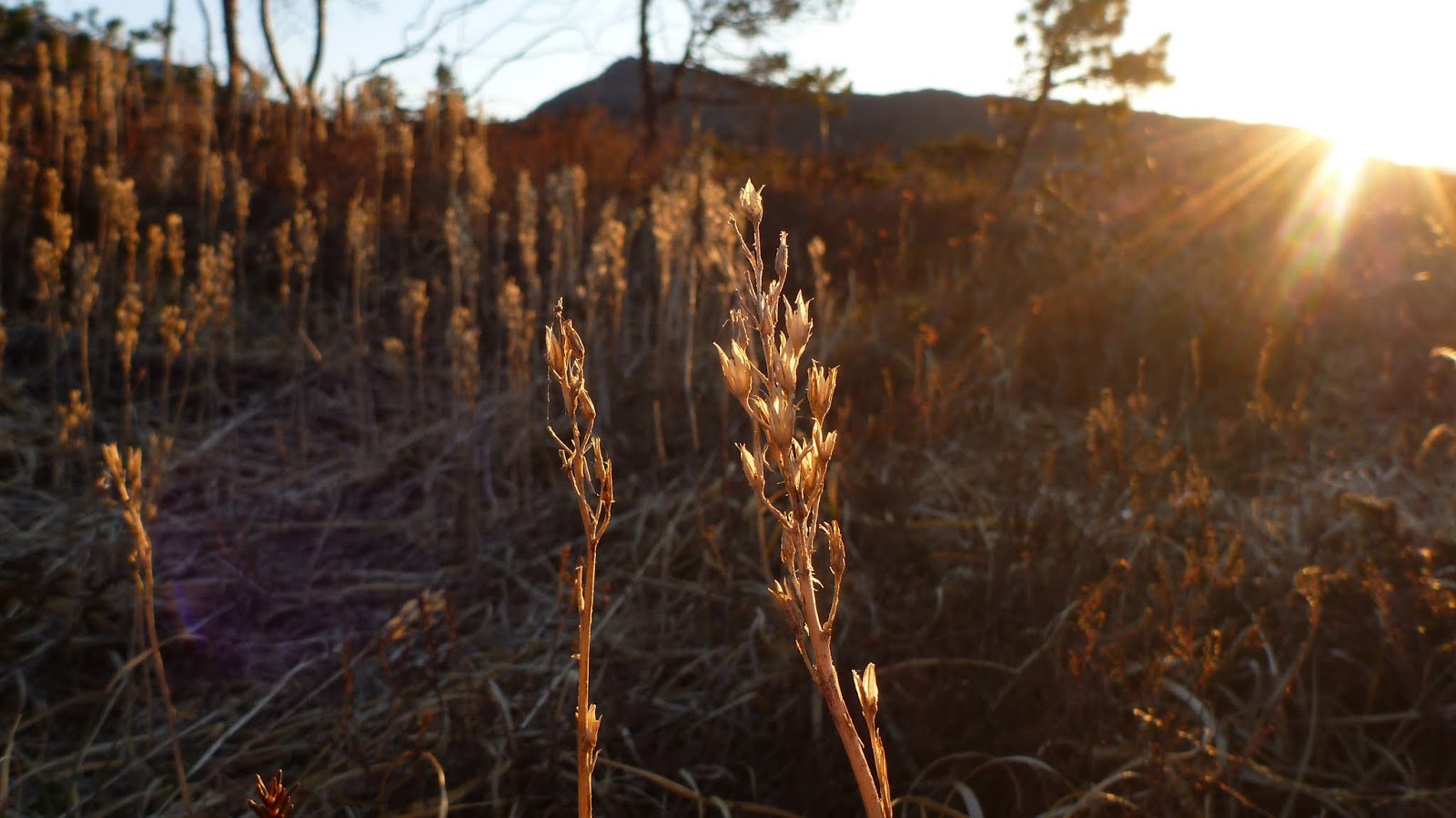 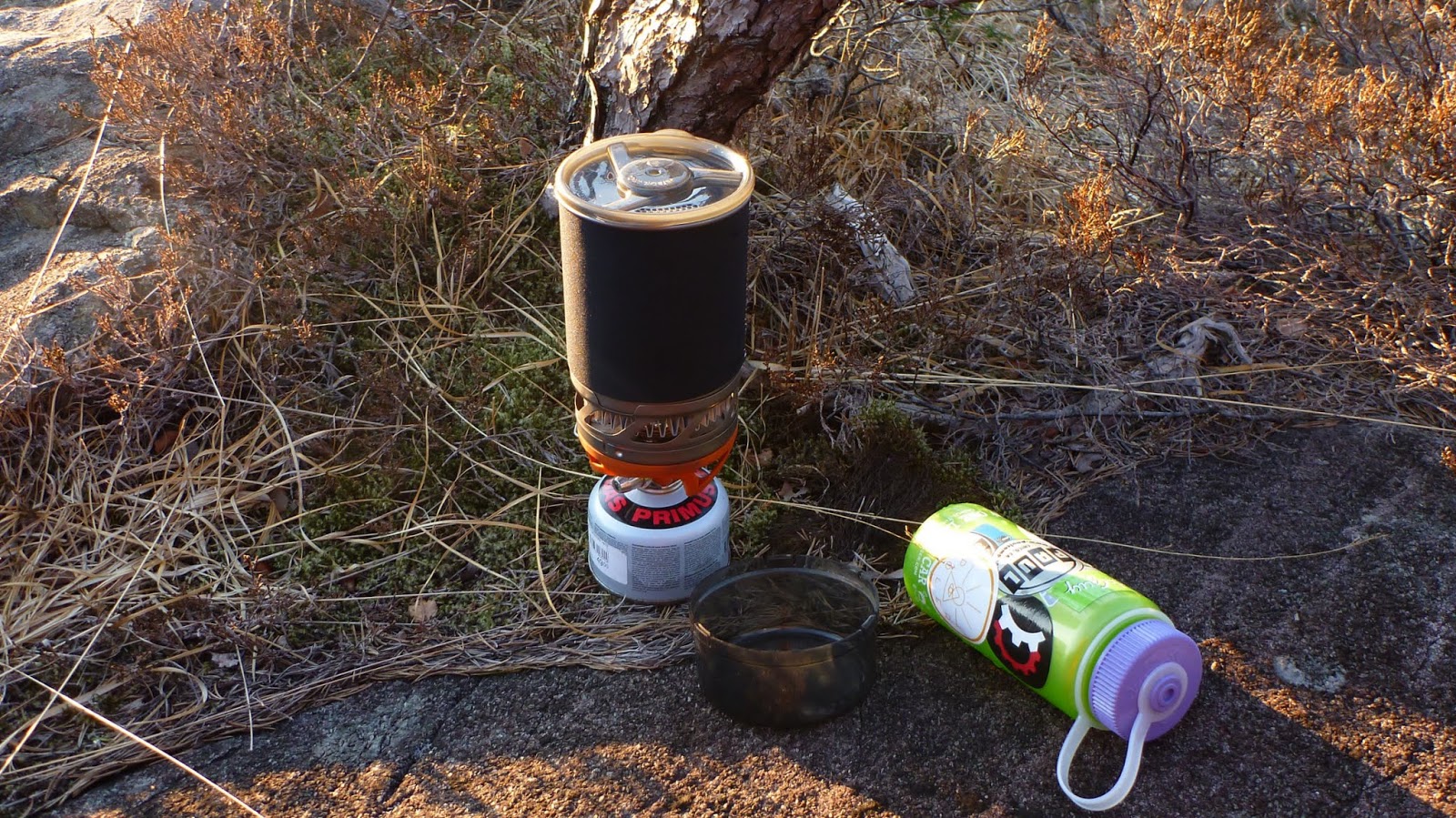 Coffee was a priority once out of my cocoon. I pulled my stove, water, food bag and sleeping mat over to the sunny side of the ridge. The breeze was cool but in the moments of stillness the new day's warmth washed over me. I brewed a couple of disappointing coffee bags (and cursed my lack of preparedness on the coffee supply front) and dug into a Justin's chocolate peanut butter fajita and a brownie. 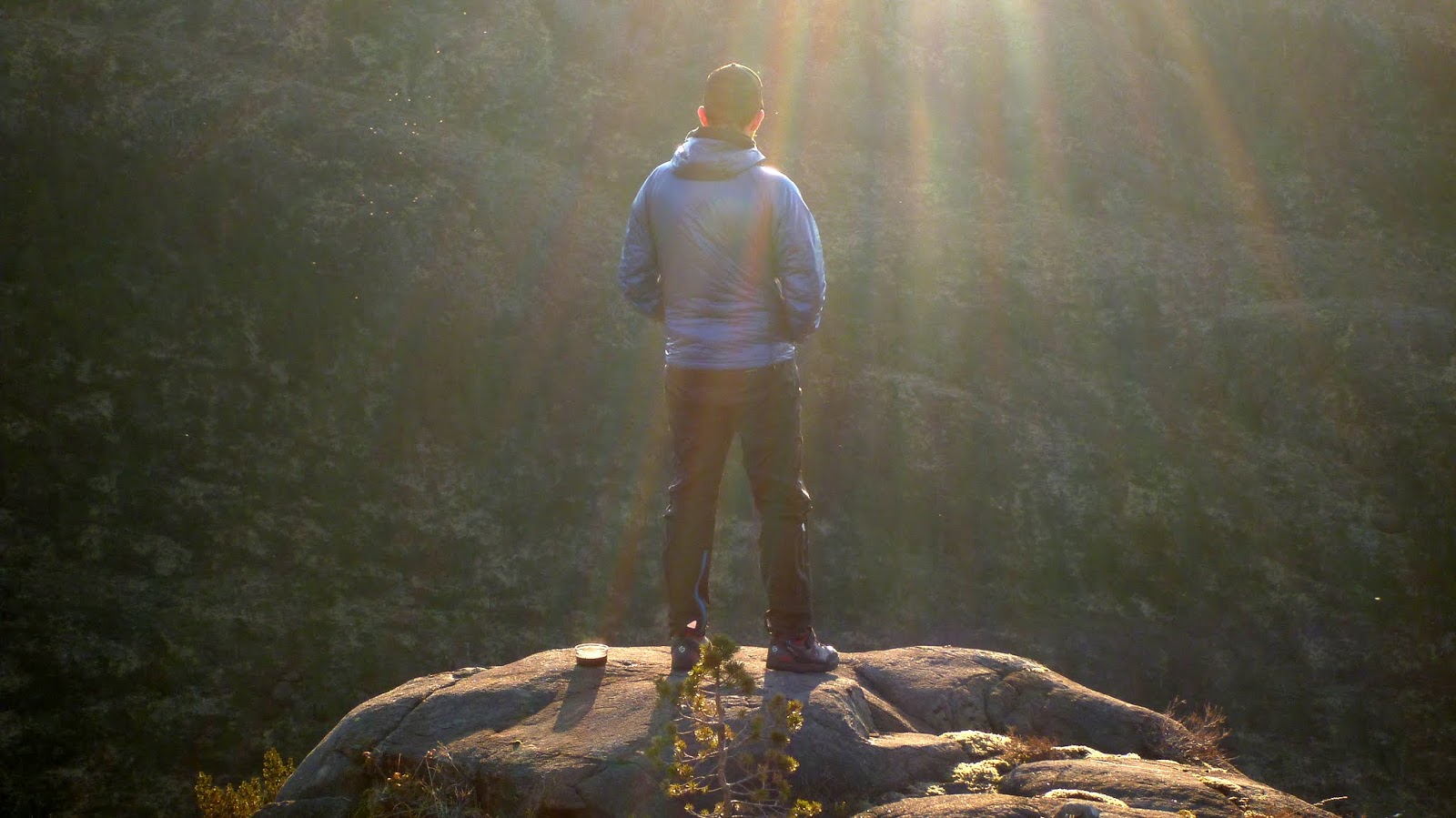 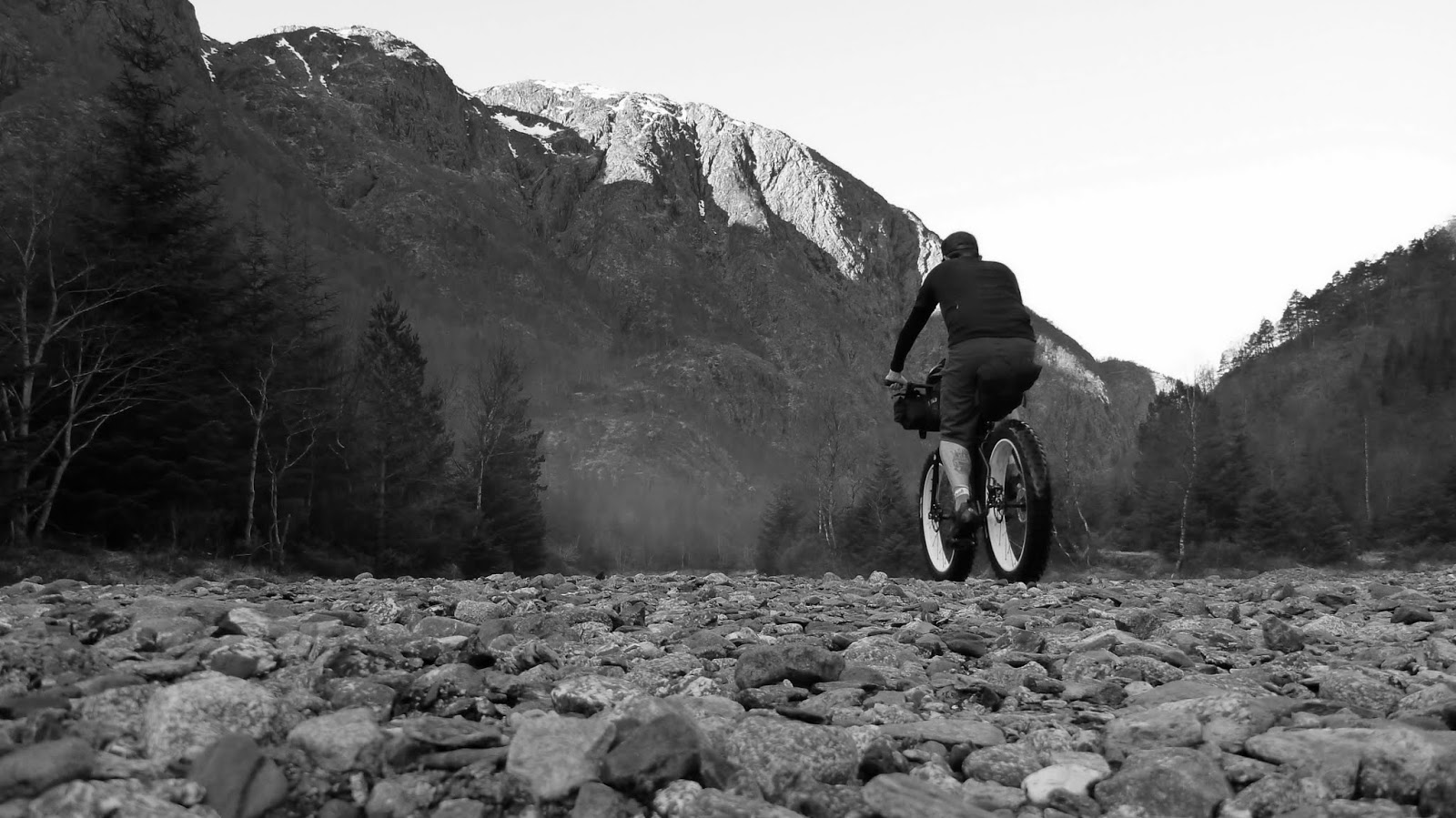 Descending from the ridge to the valley below was cold in places, the sun, as yet, unable to penetrate Hausdalen. The gravel track was empty and fast and passed in the blink of a cold wind-induced teary eye. The banks of the river offered lots of options to stop a while and play, marvelling at the fat tires floating over the rock and sand, splashing through the cold, shallow water. Two other campers, one in a bright red Hilleberg and another, in a more traditional lavvu, waved at my passing. I hoped they too had had a good night and beautiful morning. From their returned smiles, I was sure they had. 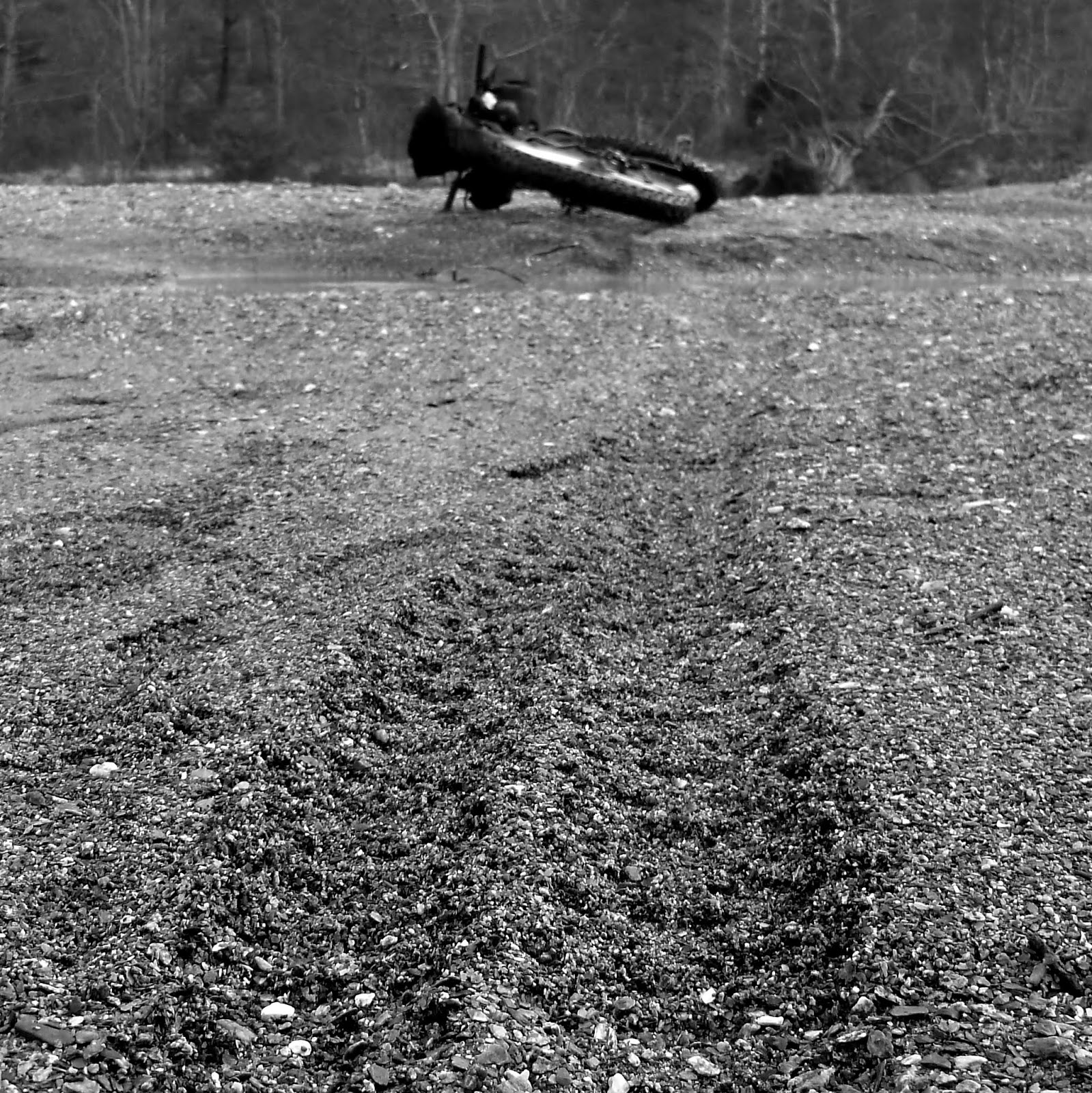