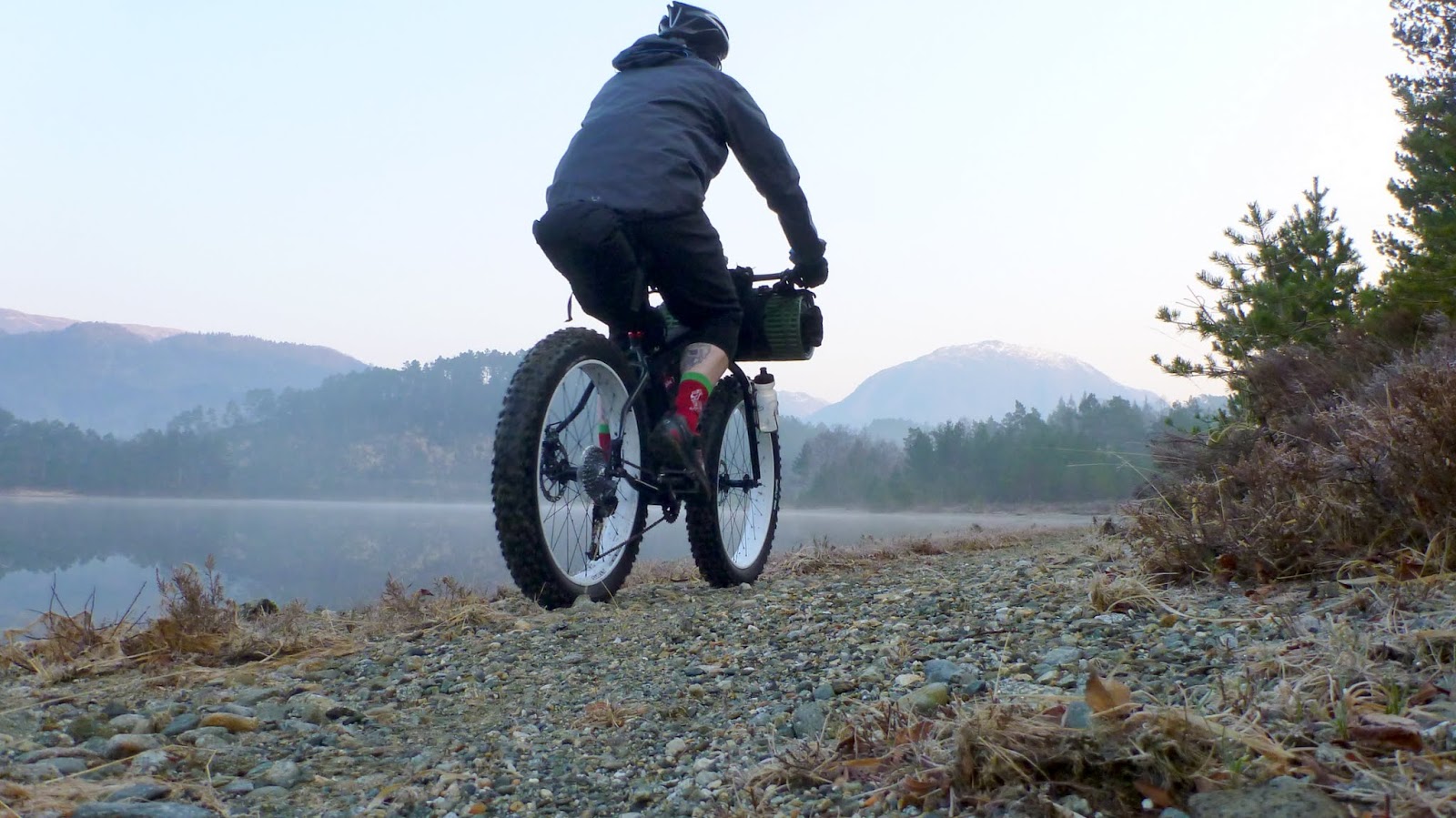 Well, it's back. The blog, the sunshine, the shunning of a perfectly good bed to go sleep outdoors. There's been precious little to write about recently. A tweaked back, shit snow. No skiing this winter, in fact, at all. I've still been riding, wind, rain or shine. Or not shine. More like wind, rain, hail or snow. And I finally bought a fatbike, after several years of admiration, deliberation and eventually, hard saving. 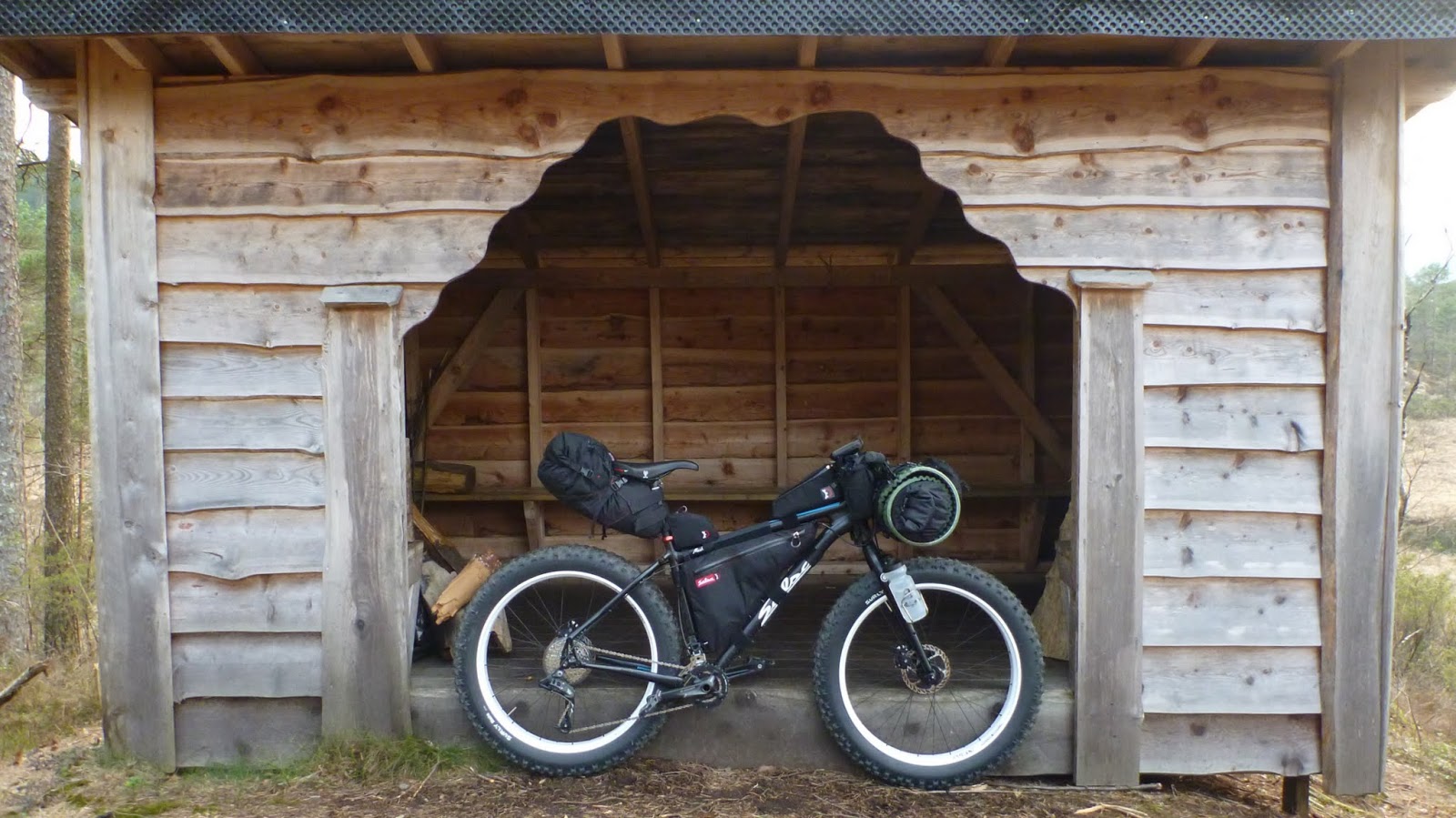 It was almost as an homage that I picked this hut to spend my first overnighter with the Mukluk. Peter and Toni's blogs have been a constant source of fatbike inspiration for the past couple of years and I've always enjoyed their tales of nights in simple Finnish forest shelters and roaring camp fires. 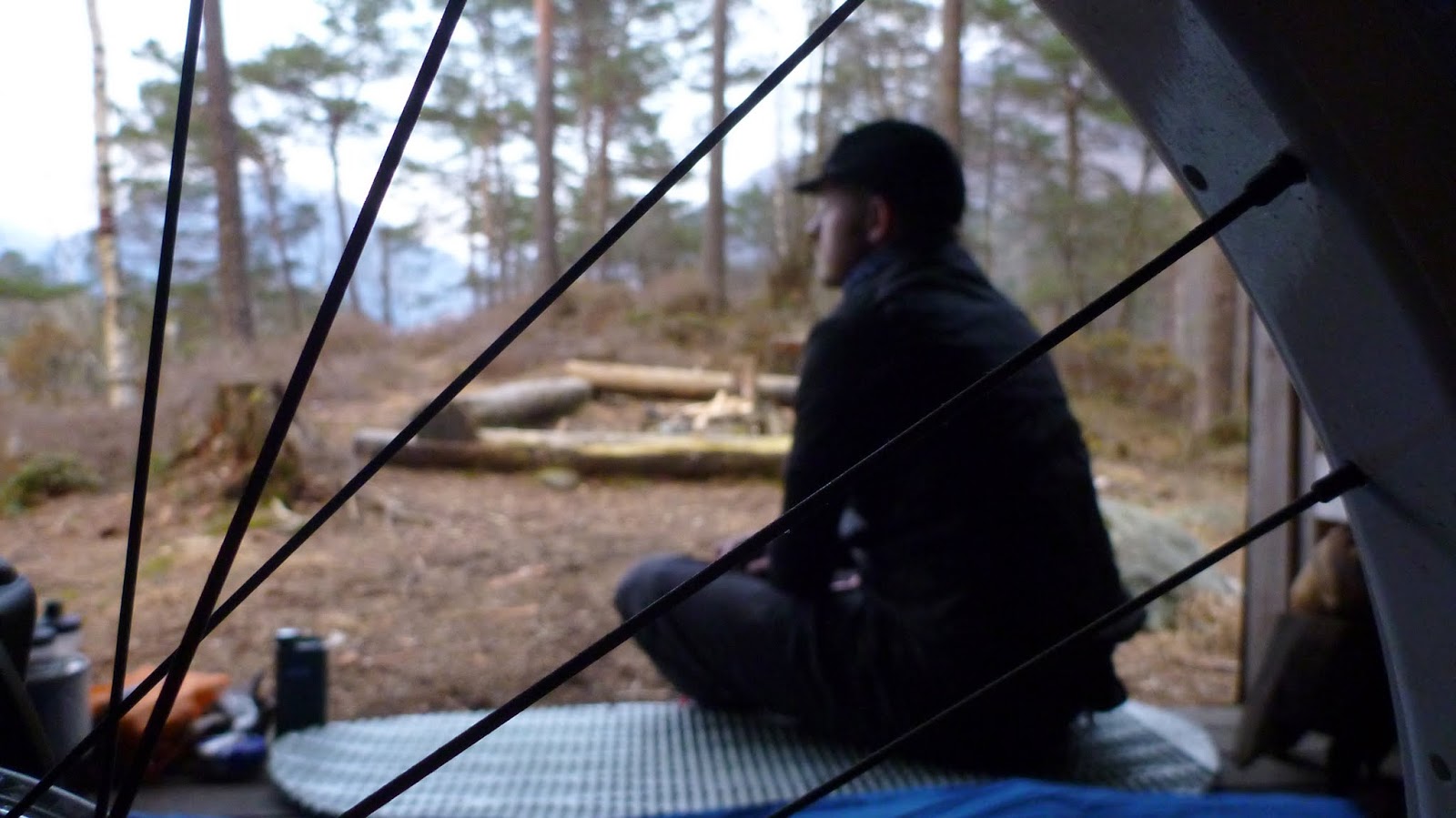 On arrival I found plenty of dry firewood, which was good because the couple of pieces I had bought from home were not going to last long. We may have worn t-shirts at work during this week of sublime weather, but it was still March, and when the sun dipped, so the the mercury. Sharpish. 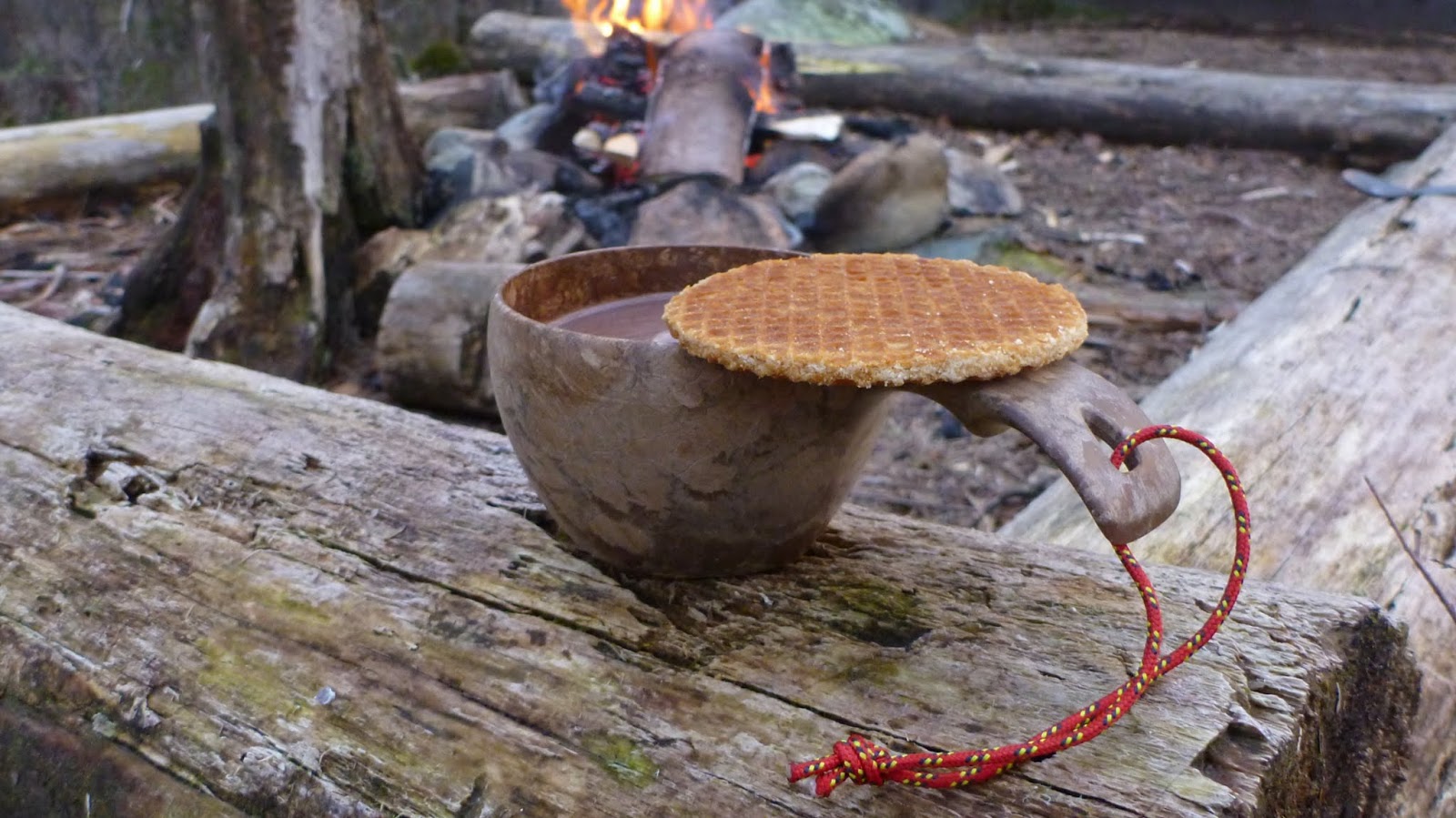 With the fire lit it was time for cheese sandwiches, Dutch waffles and hot chocolate, liberally laced with the last of the Christmas Bulleit bourbon. Owls hooted as I pulled on my insulated jacket and curled up on my sleeping mat in front of the fire. 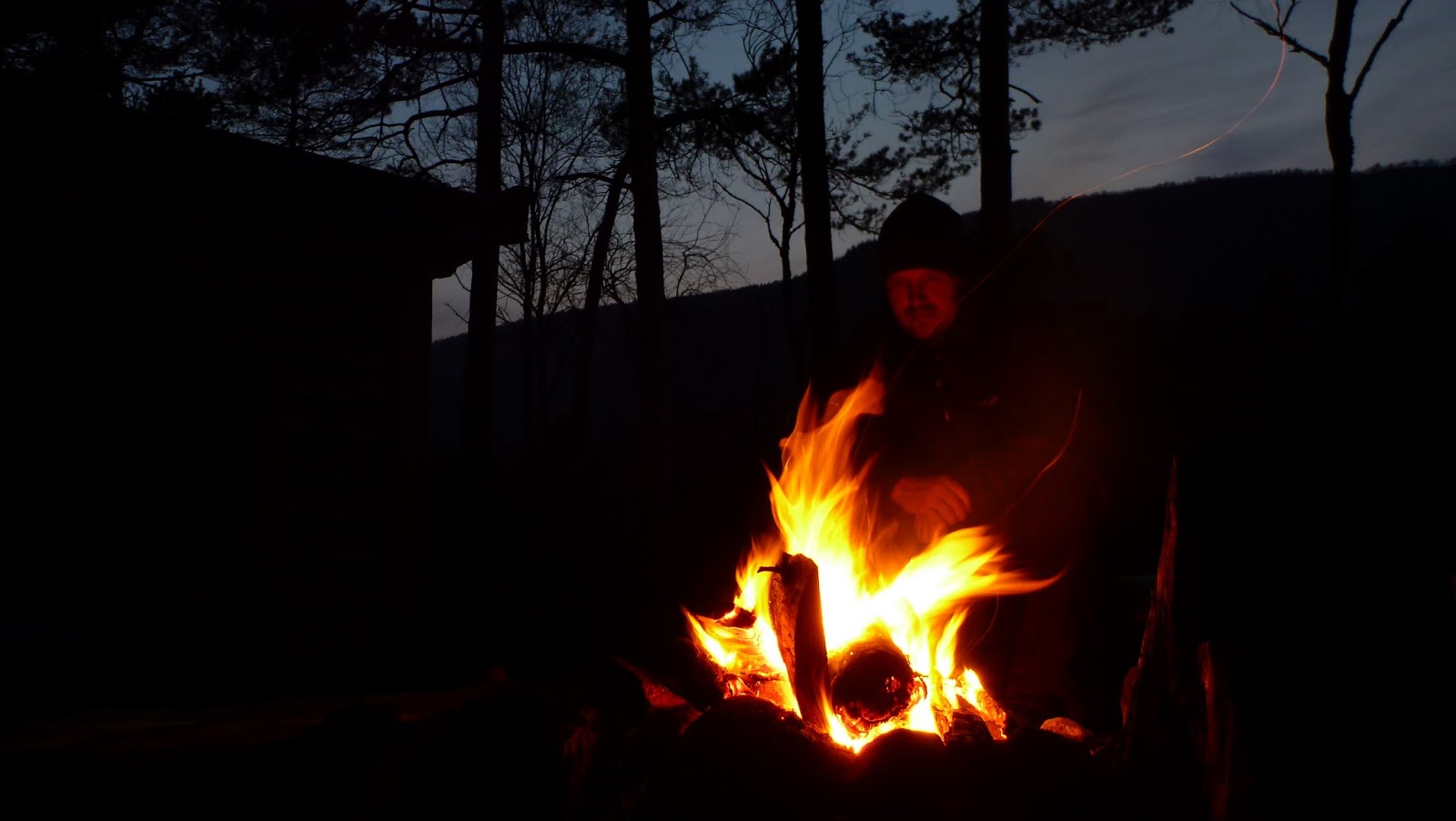 I'd forgotten how utterly captivating the naked flame is. Watching that campfire, fascinated as each log crackled, blackened, glowed then crumbled, the hours of the evening simply melted into darkness. 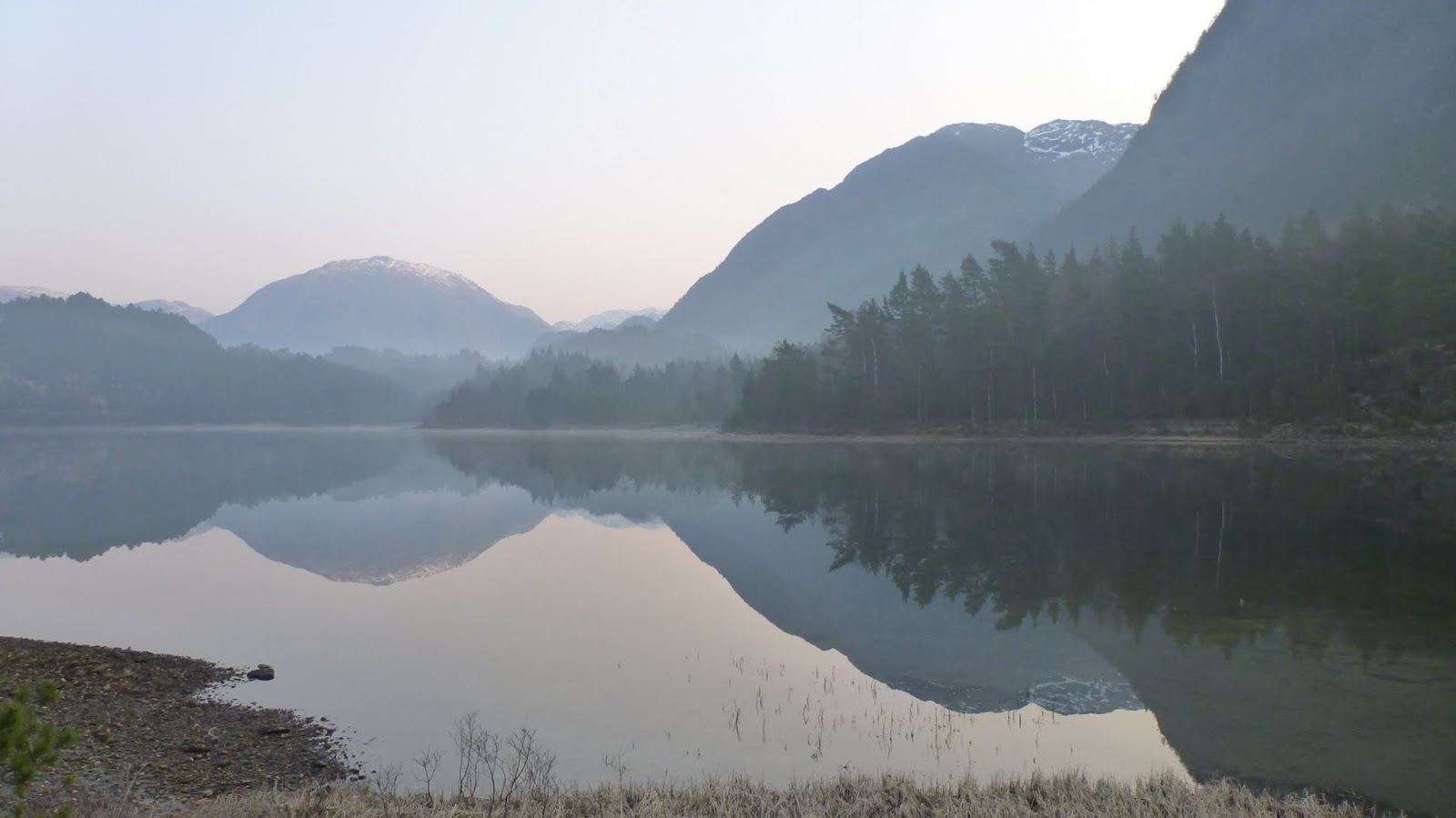 Frost covered my bivy bag the following morning. Glad of my mid-weight sleeping bag and fleece hat I relished the contrast of the cold air on my face and the smothering warmth inside. Pink tinged the white snow on the distant hills. We had lost an hour during the night but gained another season.

I rode a loop of the lake once I was packed, to ride the 'beaches' and marsh on my strange new bike and to visit a stream I knew to always be fresh and flowing, filling my bottles for the upness ahead. The bike crawled and floated over terrain I had always previously had to dismount and walk around. Sure, it was slower on the road sections than my other bikes but that forces you to immerse yourself in the bright, new day you're travelling through.

Then I continued up the valley, trying to find a way up to the cairns I could see on a fun-looking ridge in the distance. First one track, then another. Comparing map, GPS and the faint recollection of someone's Strava route I'd seen a week ago.

I never quite made the summit of Livarden, unable to find a suitable trail through the boggy upper slopes, still gushing with snow melt. Still, with around 500m gained on forest trails that morning there was plenty of downhill to play on. 62.3kph down a gravel road, on a fully loaded fatbike, is fun. I think I'm gonna enjoy this ride. 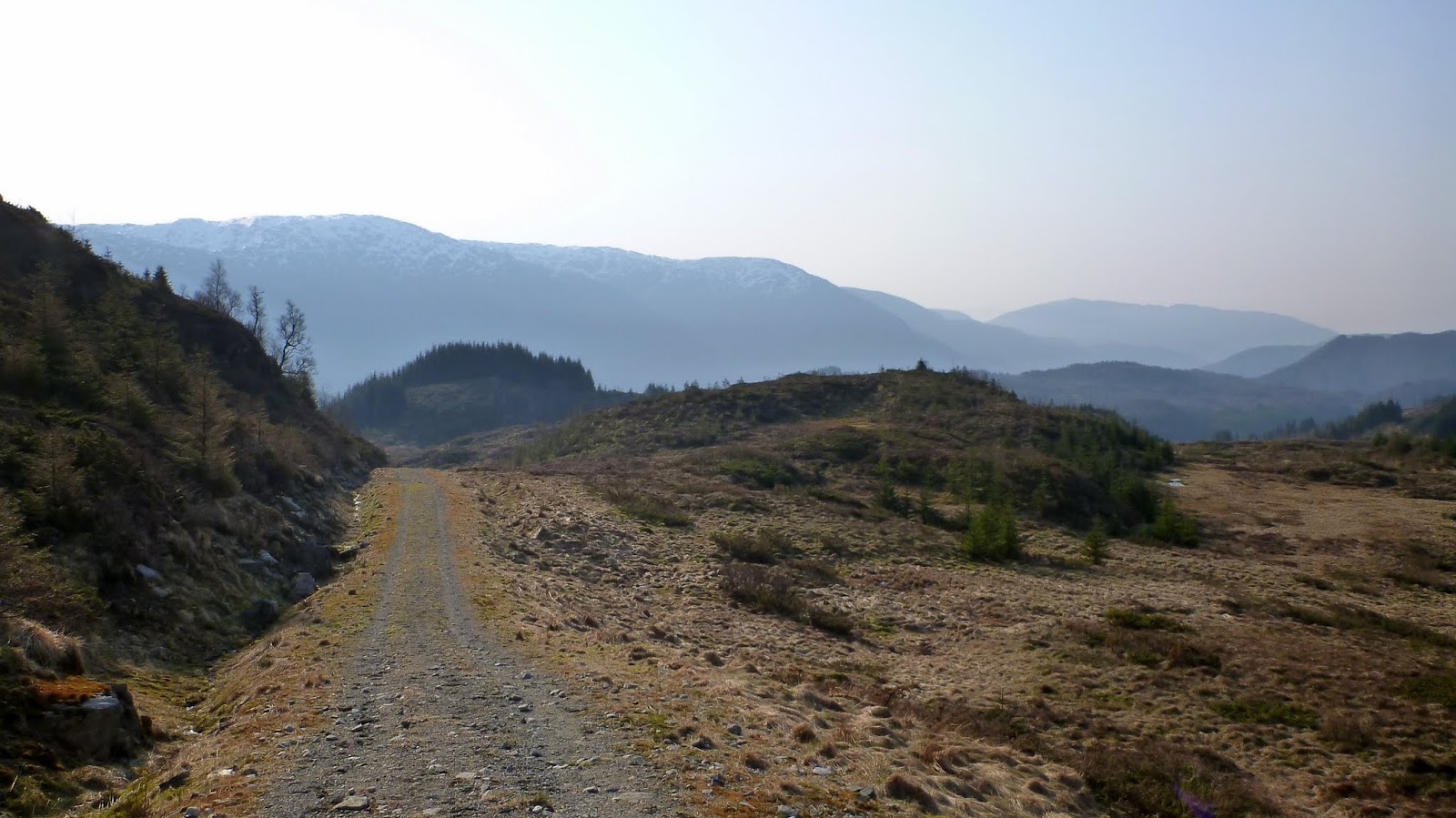