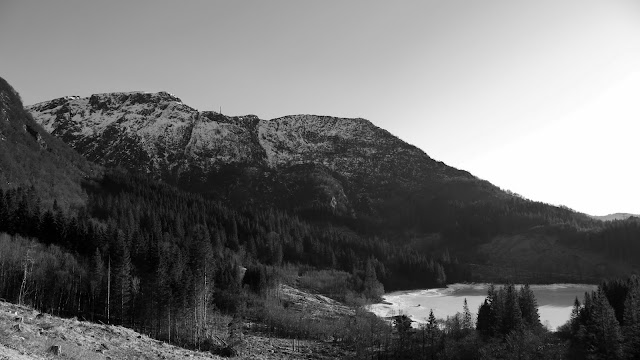 The time to move has arrived and with it I must say farewell to Svartediket, the Black Dam. For four years it's dam, reservoirs and trails have been the ever-present escape from the city that lay just a few minutes walk from my front door. A notch in the wall of the Seven Mountains that led to a quieter world of shadows and towering rock, mystery and history... and a nicely graded trail with lights so I could even go there in the evening...

Ulriken's bulk has been the view from my kitchen window and the wall at the end of my street for a long time now, my house laying just over the ridge to the right of the photo above. Taking a break from final packing it was time to grab some fresh air and say goodbye. 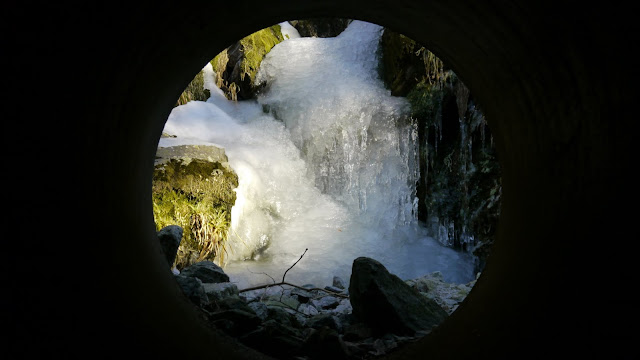 Even on this brief farewell tour it revealed surprises. Who would of thought that the wee frozen waterfall on the far side of the cirque could be viewed through a hidden culvert. The seamless trail I'd walked hundreds of times before was lain on the backs of giant slabs of rock, the storm drain nestled within to direct Spring's run-off. I'd never even noticed.

The lengthy cold spell has left the reservoir frozen for an age but the falling water levels mean the margins are covered in a patchwork of carefully arranged slabs of ice, each tile six inches thick. A Robison Crusoe-esque lean-to shelter perched on the edge will no doubt be washed away when the thaw arrives and the waters return. 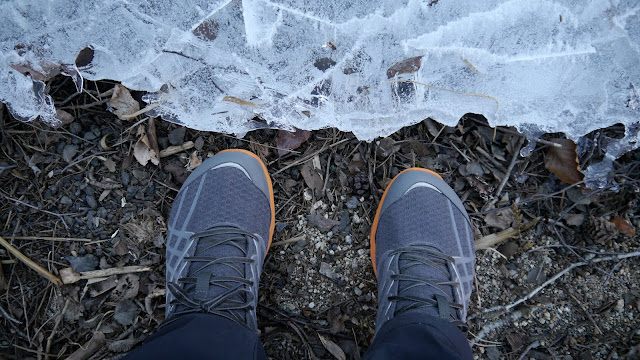 I have spent many hours here and I know I will visit again but I feel a part of me being removed. I have walked, run, skied and ridden around these paths. I have shared them and had them all to myself. I have been happy, sad, tired, refreshed, cold and sweaty. I will not be far away but it is time to see another side of the city. And there are seven mountains that surround Bergen. Time to find a new one to call 'home'. 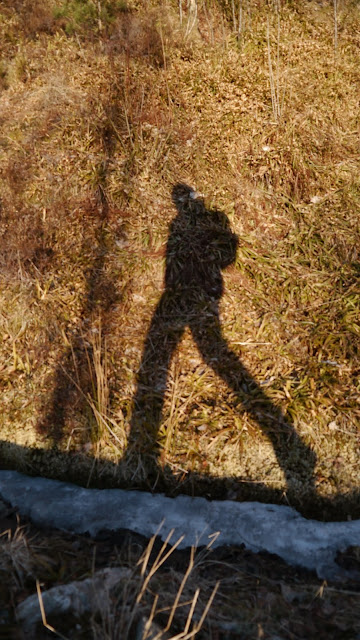