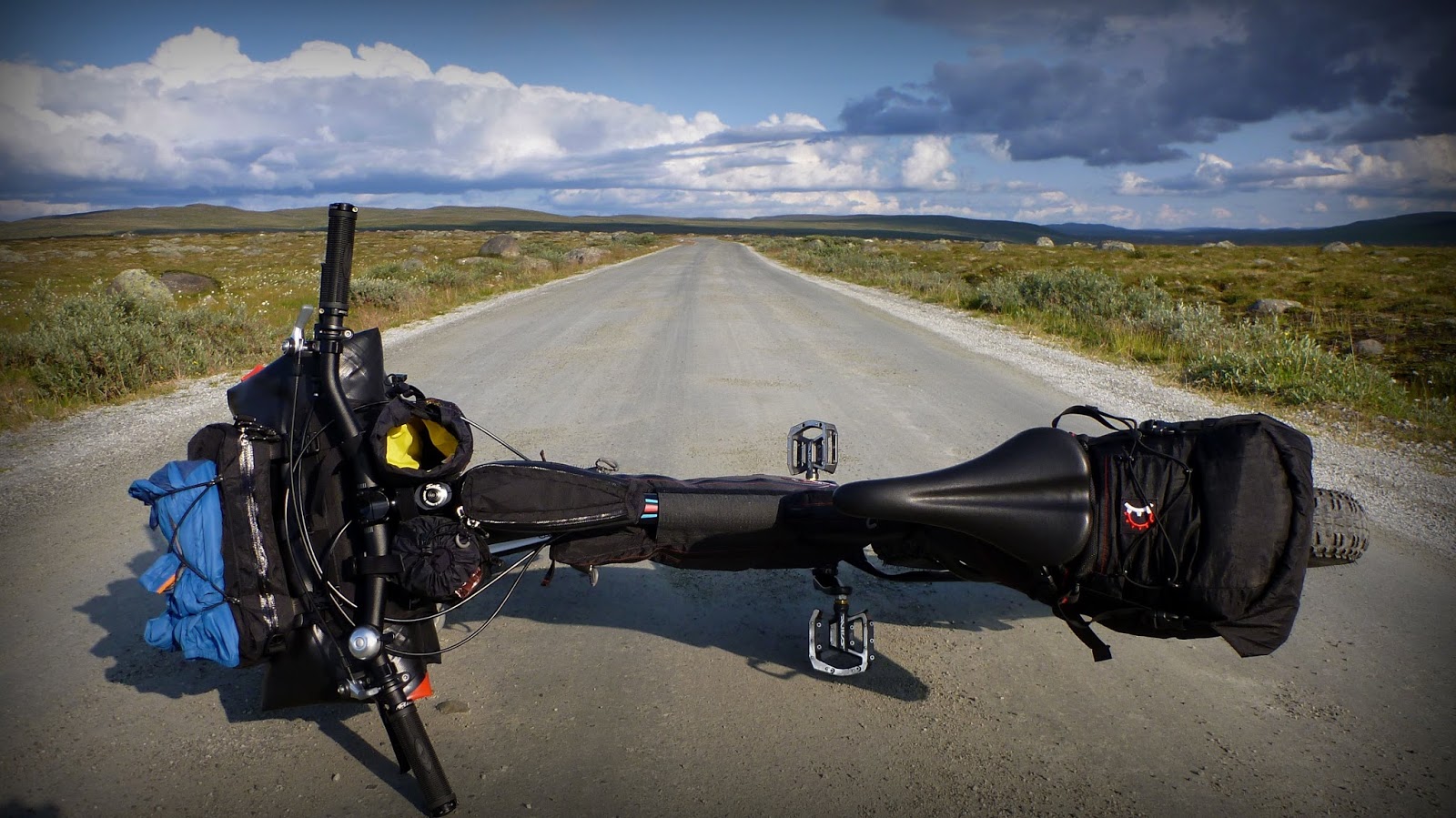 In case you missed it, Mikkel Bølstad and I took a fatbike/packraft trip across Hardangervidda National Park during the summer. We used bike-legal 'tractor roads' and joined the sections with a packraft across one of the many alpine lakes. My trip report can be found here (my new home for trip reports), and Mikkel's here. I will continue using this site for less grandiose posts, for the moment at least.

A trip utilising a bike and a packraft requires a little extra thought and gear than one would take on a trip concentrating on only one form of transportation. Well before we embarked on this trip I had drawn up a spreadsheet to ensure I didn't forget anything and to also allow myself to spend a little time justifying each item to myself and cutting down on redundancy. After several years of gram-counting I no longer add a weight column to my gear spreadsheets, trusting my instinct and experience to keep the weight down. Also, I have learned that when packing on a bike, volume is more of a concern than weight.

I carried my gear on the bike in a range of Revelate Designs bikepacking luggage including the Frame Bag, Harness, Pocket, 2 x Feed Bags, Jerry Can, Gas Tank and Viscacha seat pack. I've yet to reduce my gear needs for a bike/packraft trip to the point where I don't need an additional small backpack. To this end, we both carried Osprey Talon 22's. 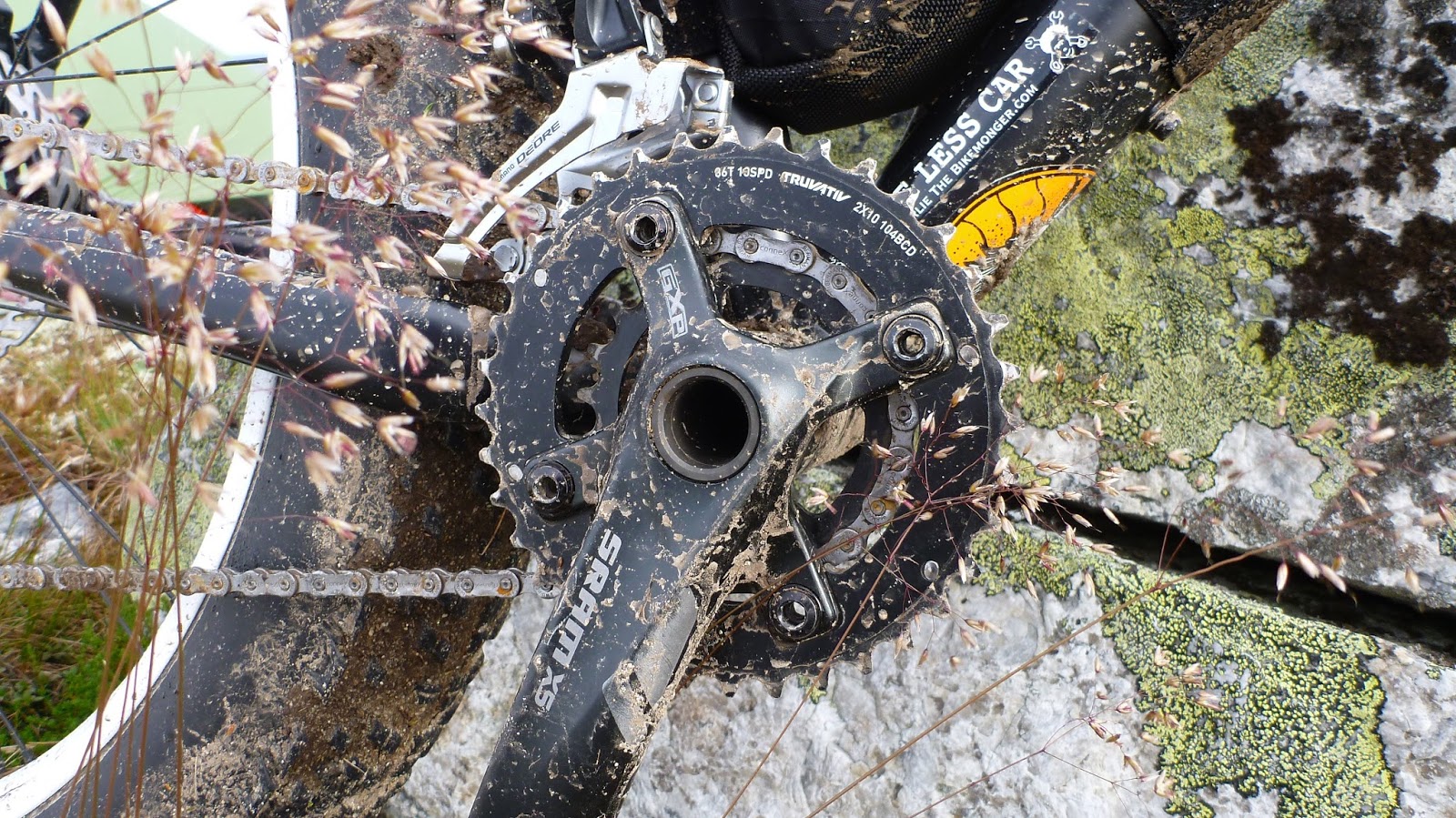 We both rode fatbikes and were amazed at how comfortable and capable they were of even the most difficult, rock-strewn sections of the tractor road. A 29+ rig would also cope with a lot of the terrain and a regular mountain bike would be ok, although for each step down in flotation, I would envisage an increase in the amount of hike-a-bike you would be forced to do, especially in the softer sections.

We rode most of the route in our lowest few gears and a single-speed drivetrain would cope fine and offer even more simplicity. However, the sealed and more groomed gravel road miles we had to ride, to get to and from the trail, would suit a 1x9/10/11 drivetrain even more. We both ran flat pedals too, which proved to be the right choice, considering the walking and packrafting sections we encountered.

We carried basic toolkits, similar to what we would carry on any kind of ride. Some additions included a dropper bottle of chain lube, a spare Alternator drop-out for me and two inner tubes, instead of one. 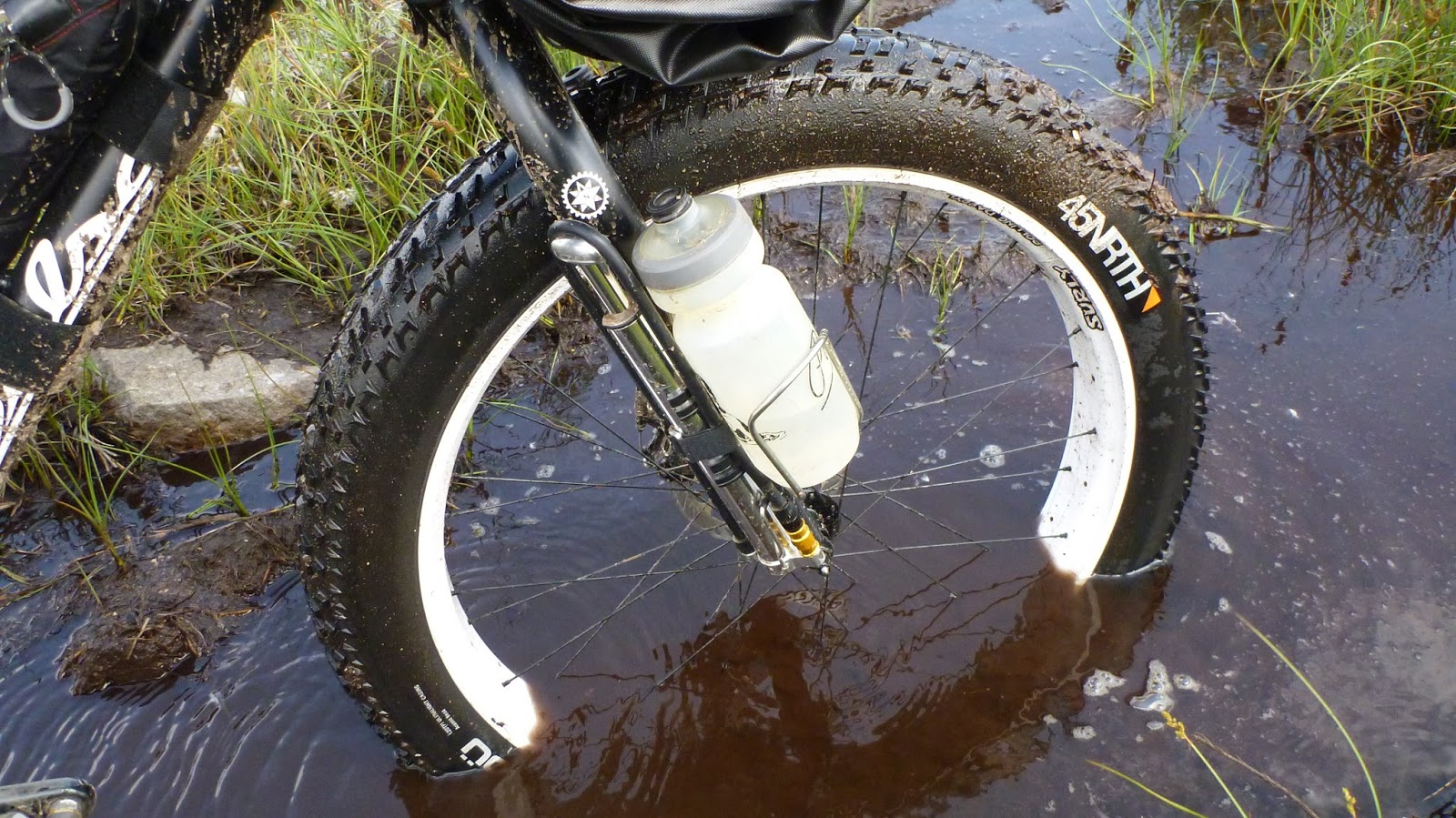 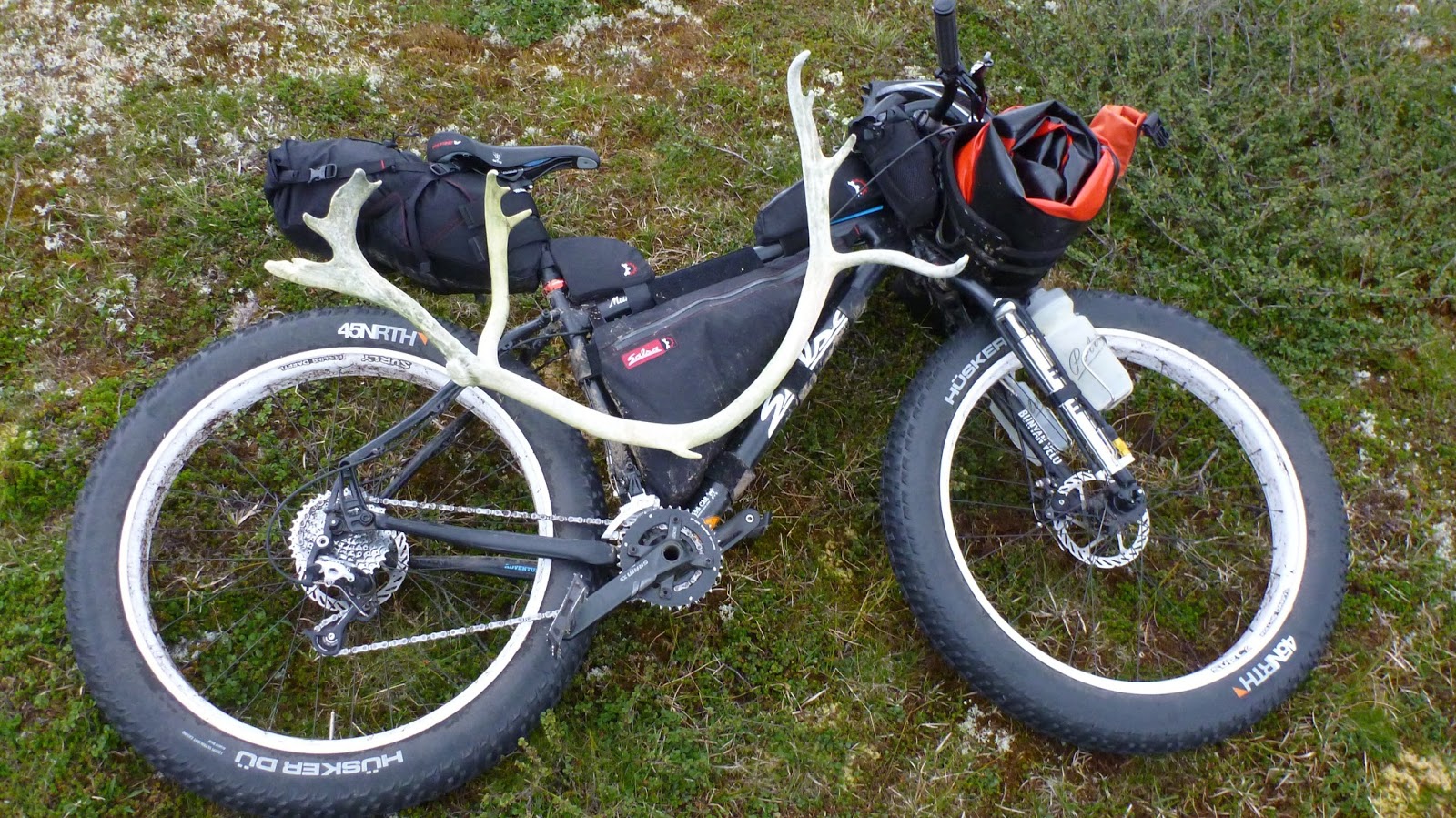 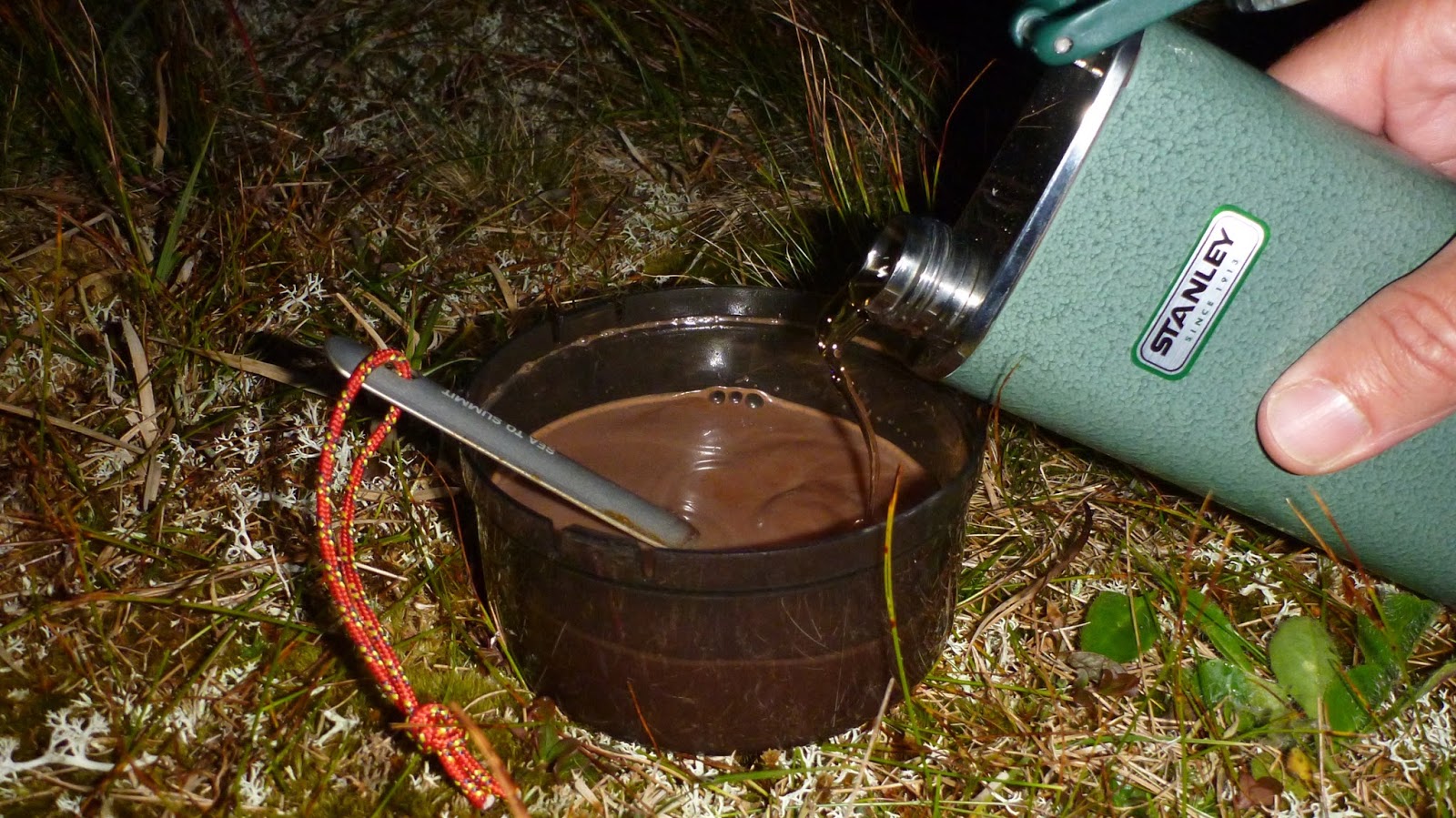 Pretty run-of-the-mill stuff for me. My trusty GoLite Shangri-La 3 has several pros and cons. I like the simplicity and space it affords and I'm continually impressed how it sheds wind. I don't like that it's a little tricky to set up when it's blowing and it takes a while to dry in the morning. I chose to take the aluminium centre pole, instead of utilising three sections of the packraft paddle I was already carrying, as I find using the paddle doesn't afford you the same level of adjustment when it comes to pitching the SL-3 in 'limpet' mode on exposed plateaus. I took my Katabatic Gear bivy to act as a groundsheet/bug shelter, based on our fantastical pre-trip conversation about sleeping 'cowboy' style if the weather cooperated, but I wished I had taken my MLD Solo inner instead, as it's more spacious and reduces condensation build up in your sleep gear.

Sleeping bag was my old trusty stand-by Western Mountaineering UltraLite. Any time I hesitate about the warmth of my super light MLD Spirit quilt, I reach for the UltraLite. Mattress was a Thermarest Prolite, picked over my more comfortable All Season due to it's lower packed volume. Meticulous camp site choice ensured I still slept comfortably. On the first night I also discovered my old OMM Duomat in the back of my Talon backpack. Result!

Still can't see me using anything else other a Jetboil for cooking duties right now, and the new MiniMo version looks even more appealing than my current Sol Ti, although the shape will require me to find a new place to store it on my bike. I also remembered my spoon this time... 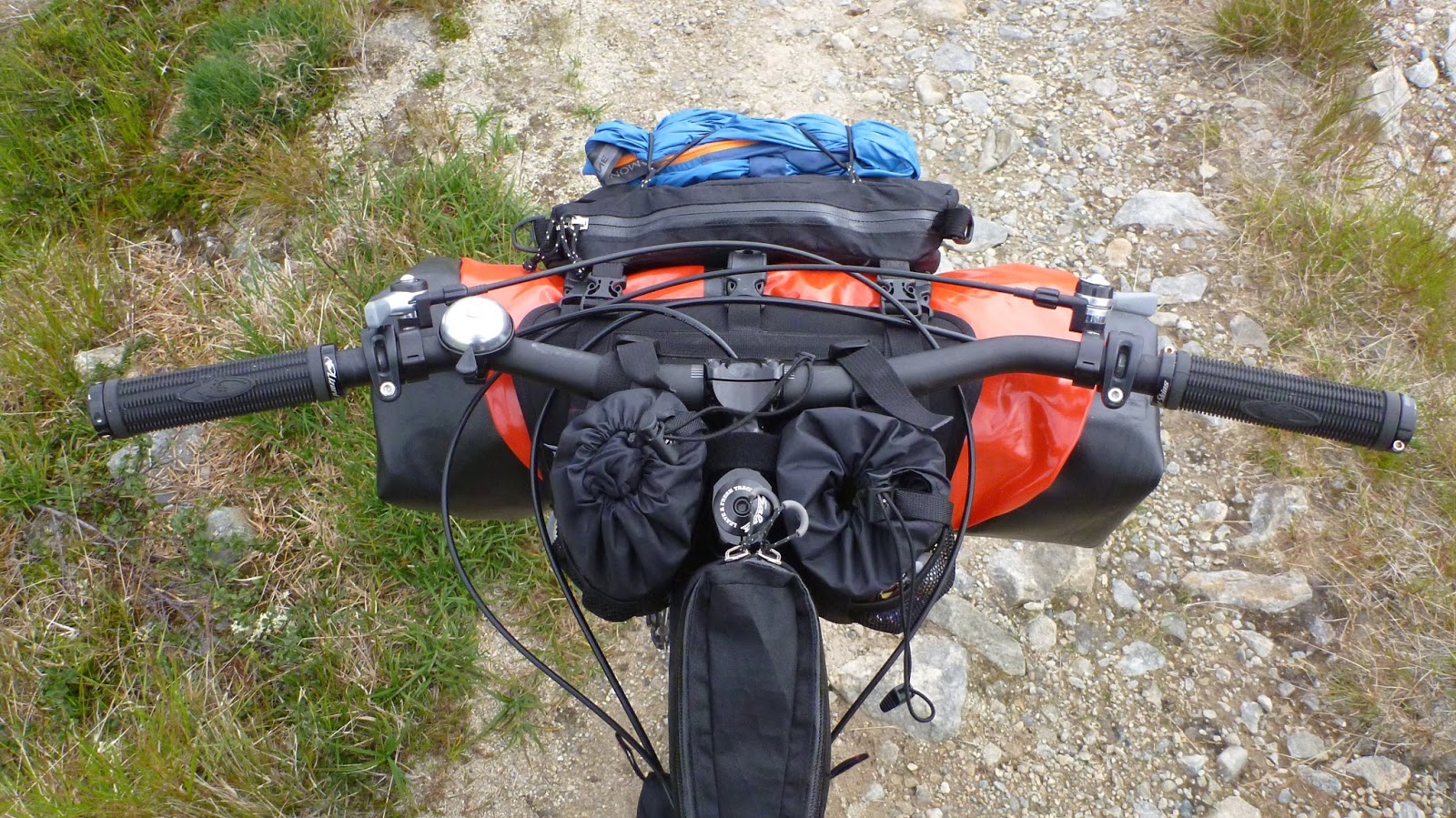 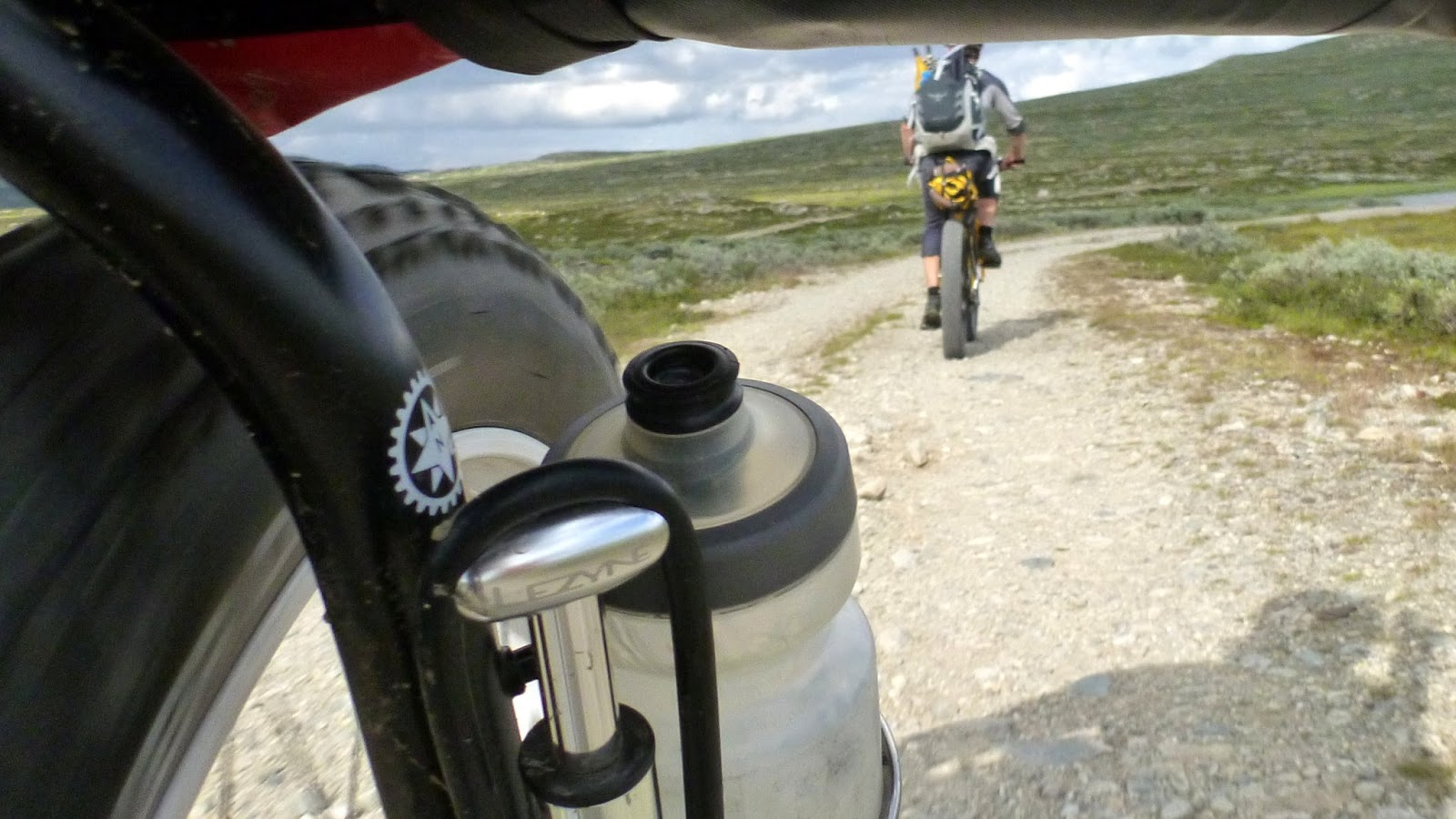 Quite possibly, I spend more time thinking about the clothing I'm going to take on trips like this, than anything else. You need to take the right mix of clothing for riding, packrafting and sitting around in camp, when the weather on the Hardangervidda in summer can range from hot and sunny to snow, continuous rain, and possibly all three during the course of a few days.

Some kind of padded riding short is mandatory for most of us about to spend hours a day on a bike. I find bib shorts the most comfortable of all and chose to take my Giro New Road bib under-shorts. Almost perfect, with the added genius of a working fly, meaning answering the call of nature is a snap. Giro Ride over-shorts are impeccably tailored. Sitting nicely above the knee without being overly baggy off the bike, they almost melt into true cycling shorts on the bike, thanks to their clever cut and material. Possibly a bit too stylish and expensive for this kind of trip, I was still mightily impressed.

I wore a Brynje micro mesh under-shirt and Endura Coolmax/merino blend polo shirt. These were great 80% of the time, the addition of my Montane Litespeed wind-shirt took care of the colder sections. Montane Atomic rain pants and an old Haglofs Ozo rain jacket were both light and compact and used several times when it rained for extended periods. A crossover from my younger years as a bike racer, Endura knee and arm warmers helped me maintain thermoregulation, without the need for major clothing changes. I wonder if these would would work for hikers too?

Salamon XA Pro 3D trail shoes were the only footwear we took. Too stiff and heavy for the current trend in minimal backpacking footwear, their lack of excessive flex makes them a good riding shoe. Unlike other flat pedal riding shoes (such as the Five Tens I use on day rides) they dry quickly thanks to their lower levels of padding and mesh construction. A pair of waterproof oversocks (or plastic bags) turns them into a camp shoe and cuts down on having to carry another pair.

Sleeping gear was comprised of my Ibex merino hoody, Smartwool merino 3/4s and Woolpower socks. I also carried my Rab Xenon puffy jacket, and I was very glad of it after I took a bit of a swim crossing a river that was a little deeper than I bargained for... 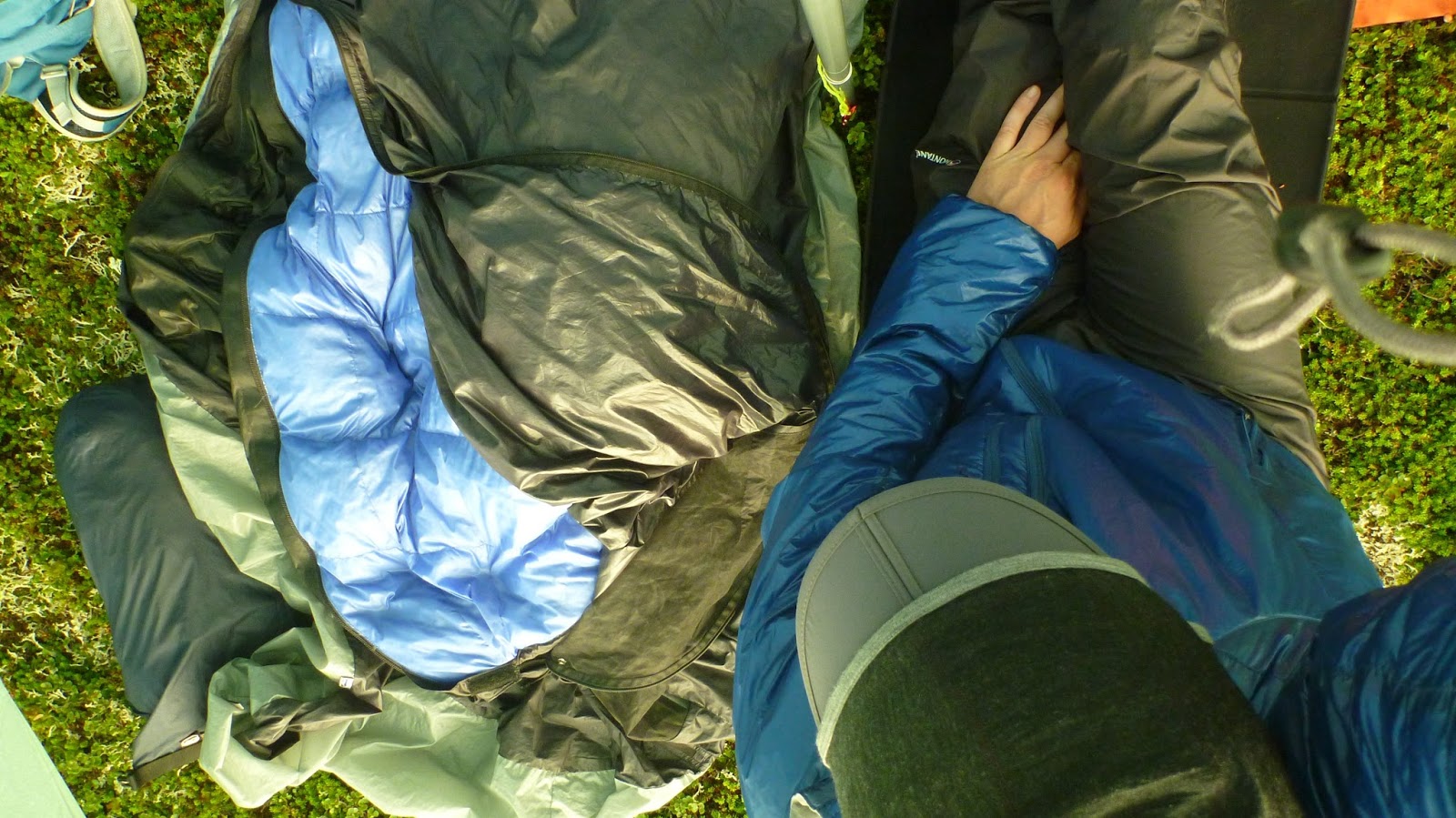 The outstanding item in this section has to be the Anfibio Bouy Boy inflatable vest. With only flat water to contend with I felt no compunction to carry my bulky foam Astral PFD. The Buoy Boy rolls up to nothing and provided me with ample peace of mind. I also carried a Sea To Summit Big River dry bag to keep my backpack dry and act as my 'seat' in the raft. Six webbing straps of varying length (including the awesome Salsa Anything Cage straps) took care of lashing my bike to the bow. A repair kit and inflation bag rounded out the packrafting accessories.

On the packraft itself, an Alpacka Denali Llama,  the biggest problem I had was actually carrying the bike on the boat. I had been on a few less intense bikerafting trips this summer, and always managed to get my bike lashed safely in place and have room to paddle. For some reason, on this trip, I couldn't get the bike to sit nicely and afford me the space to paddle effectively into a headwind for several hours. This resulted in me deciding to switch to pushing my bike along the overgrown shoreline instead. Neither option was faster than the other but I'd like to be able to paddle my packraft more effectively with the bike on board. There are different ways to orientate your bike on your raft (Doom takes you through a few in these videos) but with the whitewater deck I currently have fitted, the options are limited. I wonder if anyone has 'downgraded' from a whitewater deck to the cruiser variation (or is it even possible)? I would also like to try the Cargo Fly storage option to stow some gear out of the way. 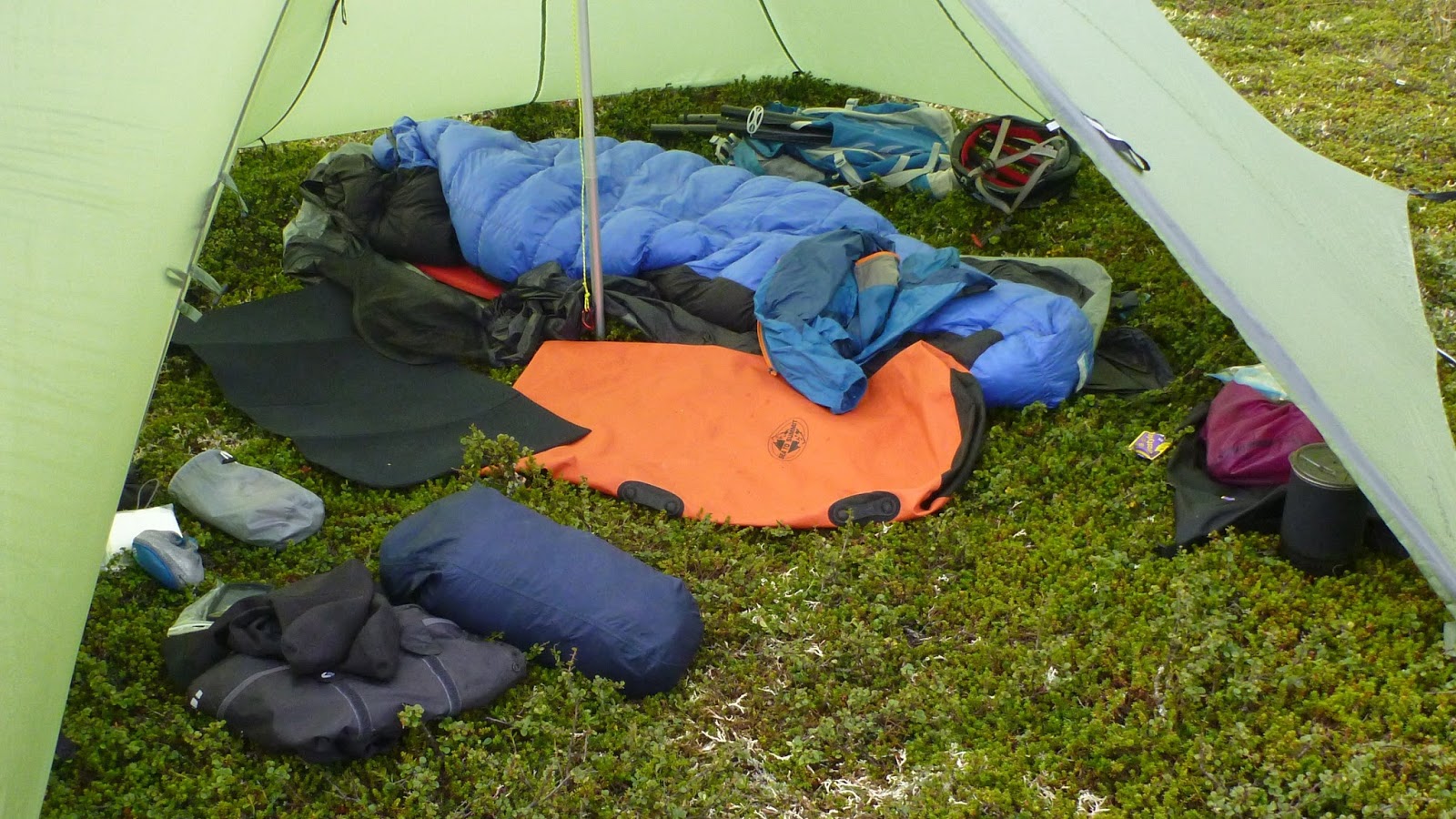 On the whole I think I got it pretty much spot on for this trip. There were only a few things I really wish I had done differently and some minor changes have taken place already. Planning and dreaming for next summer is already underway.
Posted by Joe Newton at 18:52