Walking between the rain drops - Umbrellas in backpacking

(photo of moi, on a drizzly summer day courtesy of Thomas Gauperaa at Going Lighter)

The use of umbrellas for backpacking polarises people. They're very much a 'Marmite' product. You either love 'em or hate 'em. To me they were always one of those unusual gear choices people made for backpacking trips. I didn't really understand why they carried them. You carry a hooded rain jacket for when it rains so why carry an umbrella too? Books on backpacking often mentioned them and Grandma Gatewood, the celebrated long distance trail hiker carried one. Was I missing something? 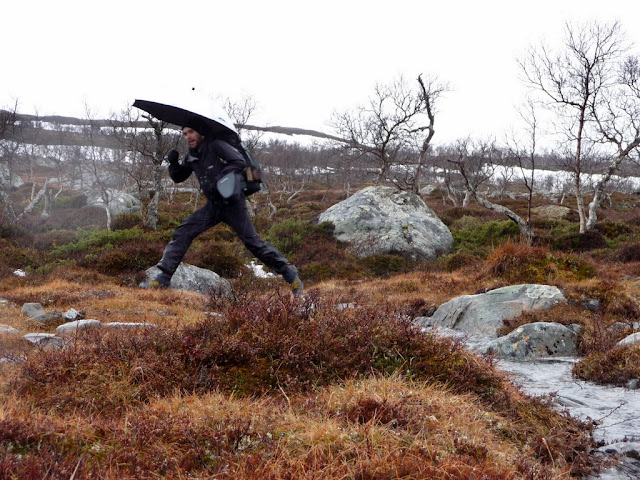 I first saw the umbrella used in anger (if an umbrella without a sword hidden in the handle can be used in anger) on the Nordic Lightpacking trip to Vålådalen. It was Jorgen who brought along his GoLite Chrome Dome umbrella but during a round of pack and trekking pole swapping it was Hendrik who ended up using it the most. Carrying a full size DSLR Hendrik found the umbrella useful for protecting his photographic investment from the continuous Swedish drizzle. I'm pretty sure it was also the source of his Legolas-like powers to float over the rotten snow us mere mortals had to post-hole. 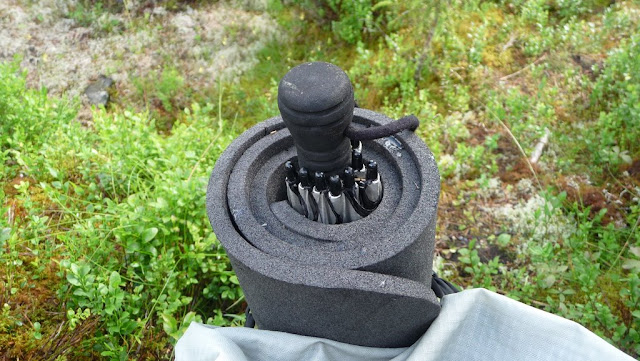 Modern backpacking authors have differing views on the umbrella. In his book Trail Life Ray Jardine extols their virtues with almost evangelical fervour, Andy Skurka used a GoLite Chrome Dome to cross the Great Divide Basin but felt the umbrella created 'drag' and prevented him from using his two trekking poles. Chris Townsend also used one to protect himself from the bleaching hot sun on the Arizona Trail. Jorgen, in 'Smarter Bcakpacking', praises the umbrella for reducing his reliance on less-than-breathable waterproof jackets and finds other uses for it such as protecting cameras and as a wind-shield for his stove. Mike C! likes the idea but considers them a non-essential. Other bloggers have had mixed results with them. Basti swears by them but Mateusz of Luafbursche fame recently destroyed one (his opinion on their usefulness in the wild Norwegian mountains will be interesting to read). There was only one way to find out if the concept would work for me. I ordered a 207g Euroschirm Liteflex (identical to the ubiquitous GoLite Chrome Dome) with the somewhat optimistic silver foil finish (to protect me from excess solar radiation...) from Rich at Riheda in Finland and set about conducting my own assessment.

So here we are, six months later and my umbrella has been with me on multi-day backpacking trips, cheeky overnighters and almost daily on my commute (WTF Bergen? Are we trying to break the 89-continuous-days-of-rain record or something?). It's coped with thunderstorms, day-long drizzle and some fairly blowy days that have flexed the fibreglass struts pretty good. I've used it as additional shelter at the head-end of my tarp to keep out wind blown precipitation, short umbrella-bivy snack breaks in pouring rain and to shelter my pasty English skin from the beating midday sun in the middle of summer. Mad dogs and Englishmen. It turns out over-friendly sheep don't like them either. I've used it every day on some trips and sometimes not at all. 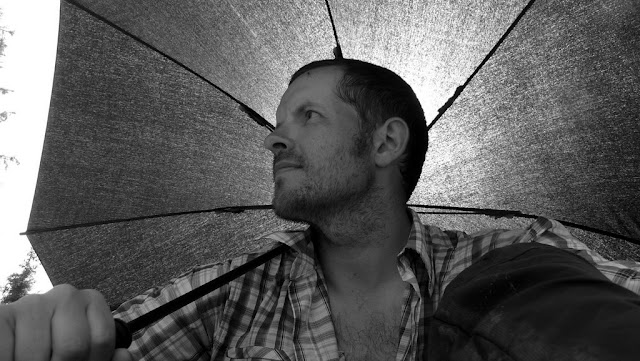 Conclusions? Well, they're inconclusive. There are times when I found an umbrella improved my level of comfort considerably. Most noticeably this was during our trip along the Jotunheimstien in the summer. Miles of forest tracks, humid conditions and sudden thunderstorms created situations where the ability to instantly deploy waterproof protection while not resorting to stopping, digging around in my pack and then wrapping my already sweat-drenched body in waterproof clothing was a blessing. A blessing that led to my non-umbrella carrying hiking partner to first covet then purchase an umbrella of his own. The midday sun was another situation where I enjoyed the umbrellas protection. I'm not sure the sneering, burly Norwegian farmers we passed were quite as convinced but fuck 'em, it was a damn sight cooler under my umbrella. Spending time setting up self-timer and long exposure photography tasks and taking short breaks in constant drizzle were other times when I distinctly remember the umbrella's instant, weather proof protection being particularly welcome. It appeared to keep quite a lot of rain off my pack too, especially those with inferior rolled closure tops. There were times when the wind and rain howled on exposed ridges or when I fought my way through thick bushes and dense forests were the umbrella was unusable and next to useless. It will be down to the individual to decided whether their chosen backpacking terrain and conditions warrant the use of an umbrella. Here's my handy decision making process:

Am I backpacking long distance established trails, with extensive gravel roads, forest tracks or jeep trails? Am I using expensive, weather-sensitive photography equipment? Am I hiking at a leisurely pace, enjoying the nature, with no need to achieve daily mileage or time targets? Am I hiking in the frickin' desert?! - an umbrella could work for you.

Am I backpacking in remote, above-tree-line environments where high winds will be not just a possibility but an almost constant issue? Will I be bushwhacking and travelling predominately off-trail through difficult, uneven terrain? Am I on an SUL trip where every ounce counts? Am I already taking skis, snowshoes, a packraft, fishing gear or other bulky equipment? - an umbrella will probably be useless. Spend the saved weight on extra chocolate instead.

Do you carry an umbrella when backpacking? Are they the greatest thing since sliced bread or a Barry Poppins fashion faux pas that should be derided in the wilderness? 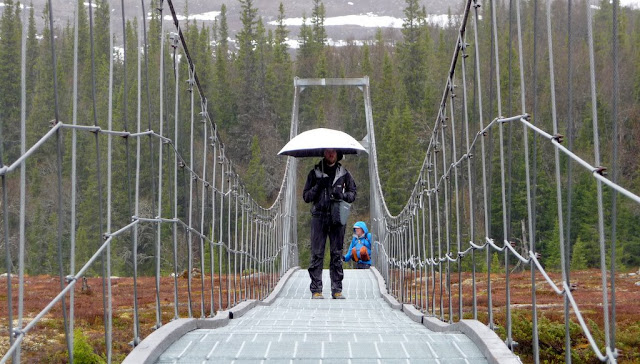 Gonna get à umbrella for " photo setup moments " , striltly not because im soft
.. ;-)