"Never take chances - no one cares about you" 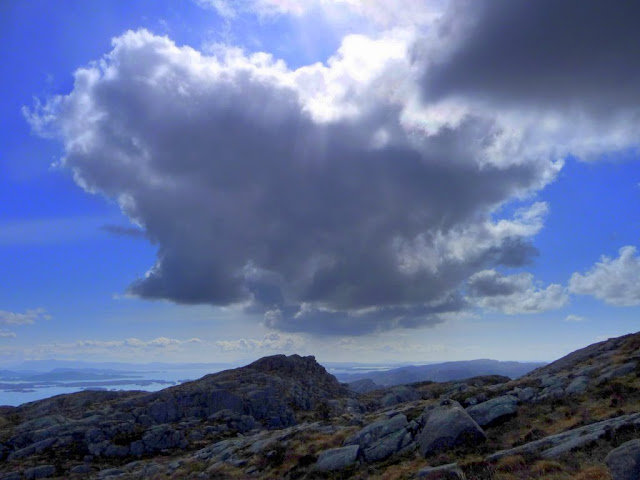 That was the random gem Google Translate threw up when I was translating this year's Topptrim website on Saturday. It's part of their 'Mountain Rules'. I'm sure something is lost in the translation, but then again, maybe not. 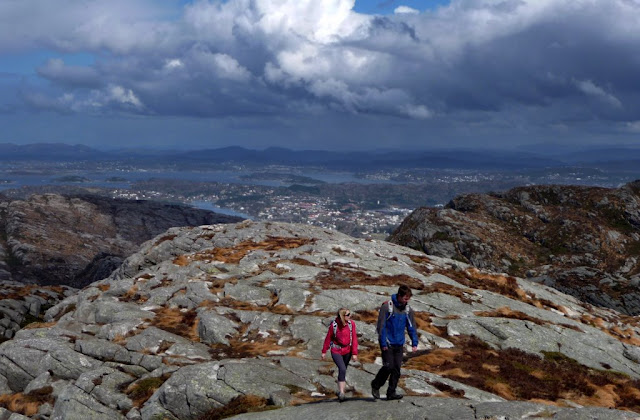 Wainwrights, Munros, 4000 footers, eight thousanders and the Seven Summits. Whatever you're opinion on man's infatuation with box-ticking, it's alive and well, even in the wild places of this world. We have our own version here in Bergen. For those that don't know Topptrim is a wee initiative that picks nine peaks each year in the vicinity of the city, provides a card for each participant and a stamp at each summit. The time limit is 10 months and the peaks range from 300m hills to 1000m+ mountains. Sure I get a tiny 'sense of achievement' when we get to the metal box on the summit and we get a kick out of stamping our cards and looking forward to the next one but it's the camaraderie and the gentle unveiling of more of Norway's wilderness that are my motives. 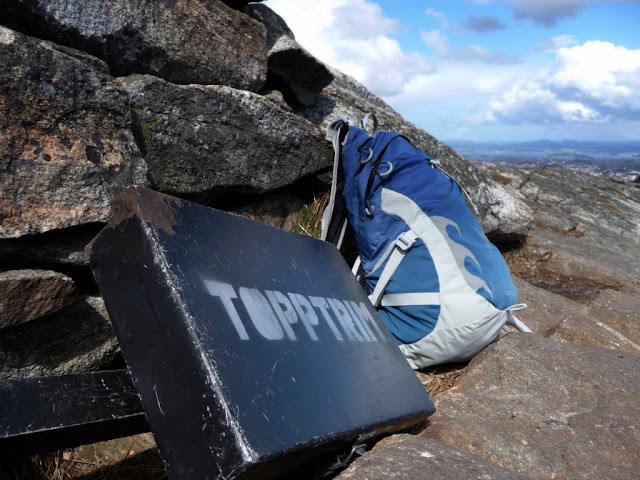 First summit this year was the diminutive but totally fun Liatårnet (341m), the highest point on the rocky island of Sotra. With it's radar station, the view of planes landing at Flesland Airport and the city of Bergen shimmering in the distant it wasn't quite true wilderness but it was a great warm up and a fantastic way to spend time with friends. It felt like the first day of summer. Ending the day with a spot of fishing in the sunshine, cosseted in our own secluded cove and cooking freshly caught coalfish on the grill was an epic way to bookend the day. 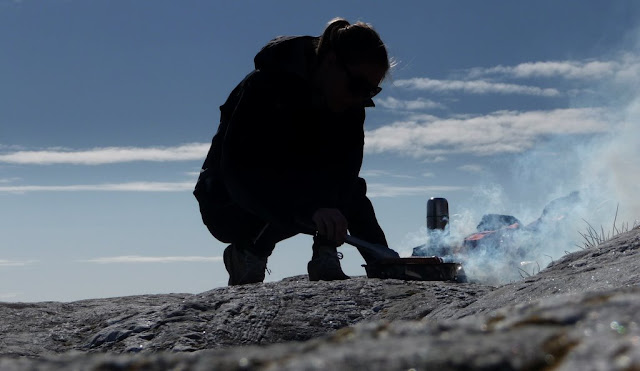 Very nice photos, Joe. This kind of "Challenge" is a very nice idea, I should suggest this to the city I am living in to encourage people to go out more =)

Hendrik - thank you. I like this kind of initiative a lot, nothing too dangerous or strenuous but a nice introduction for some people to what is available on their doorstep and to the regular it widens their horizons.

Well, google got it almost right... except for a word or two!

it should say "someone" instead of "no one". A small mistake that changes the meaning quite drastically!

it's a great initiative, though. I'll have to try bag a couple of summits myself when I go home for vacation this summer. At least Skåldalsfjellet which is within a few hours walking distance from my childhood home...

Gaute - Google Translate isn't that bad if you condsider what it's trying to achieve. I like that it throws up the odd funny anomally like this one!

Skåldalsfjellet will be a nice day out for us. If you don't have car then the trailhead isn't too far from the train station.