A day late, a dollar short 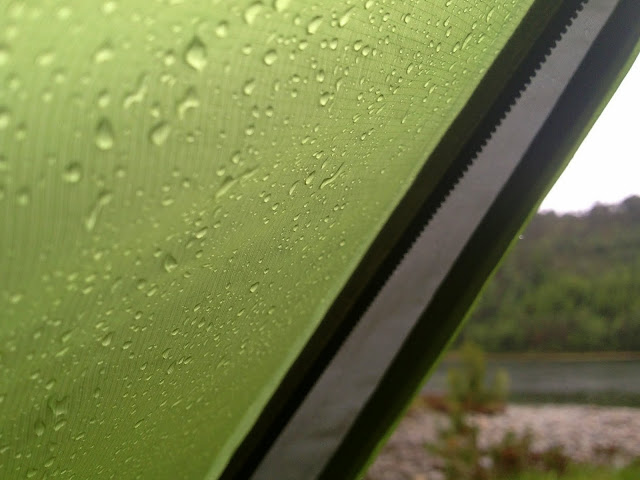 The intention was join in with Alistair's summer solstice microadventure shenanigans but after a tough week, with the end of school and the start of the Summer Camp program I run, I was pooped. Coupled with the fact that my new bivy bag didn't arrive in time, and as that was one of Alistair's rules, I decided to fob the whole thing off, stay in and drink free beer and wine. 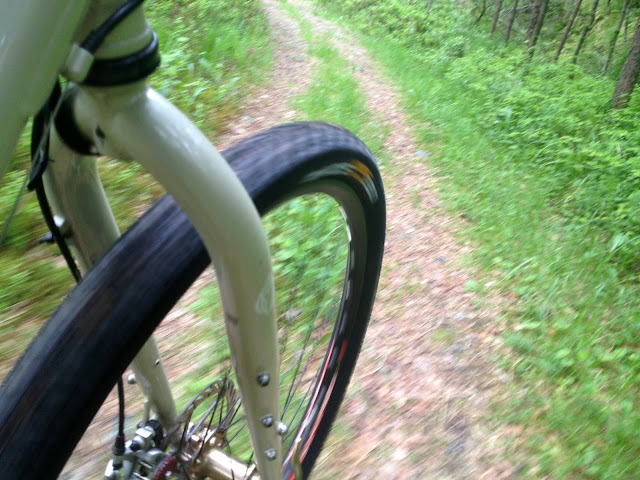 The yearning to get out wasn't dead though. Saturday the weather forecast was meh at best but I wanted to check over my planned shelter set-up for next weeks foray into the mountains with Thomas. Taking some cues from Ryan Jordan's new-paradigm SUL post I opted just to leave as much stuff at home as I could. With wet but warm weather forecast, a proposed camp in familiar surroundings and just a few hours to play with I was packed in a few minutes. No map, no FAK, no wash kit, no stove, minimal clothing. Not even a real camera. Luxury items were a can of Guinness, fresh fruit, sandwiches for dinner and a pecan and chocolate pastry for breakfast. I stuffed the SL-3, bug inner and rain gear into the seat pack and everything else went into my Talon 22. 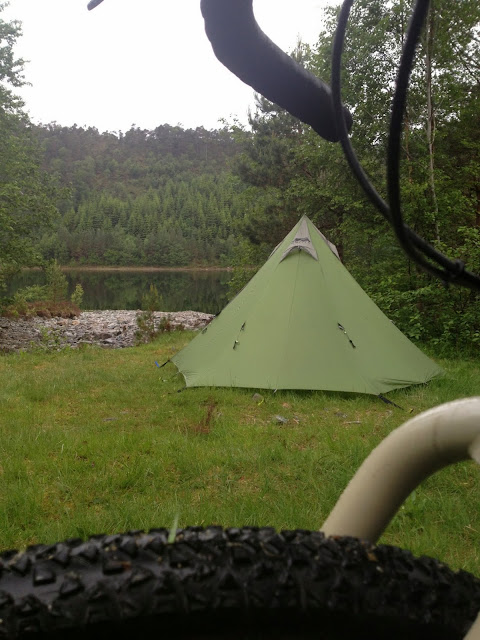 The way in was T-shirt-and-shorts weather, but clouds were sweeping in from the south. When I got off the road I found the rocky trails were dry and I cleaned the trickier sections with a smile on my face. I decided on a new camping spot, greener but hidden-rockier, pitching the SL-3 took longer than normal. The river bed next to me was dry, save the gentlest trickle. Then the rain fell. 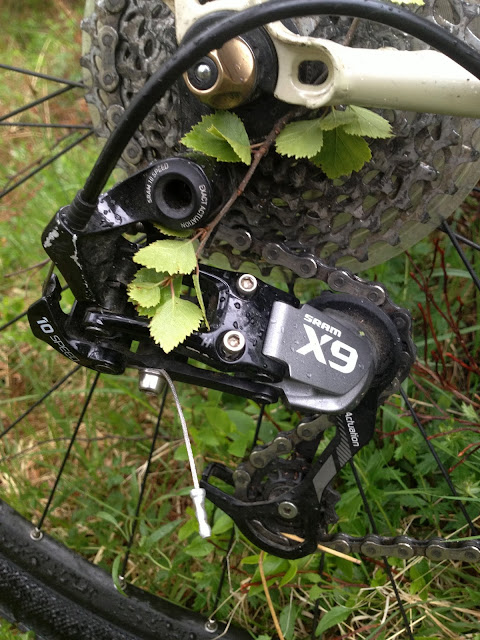 It was good timing really. I was all set, fly pitched, noting some improvements I needed to make to the bug inner before next week, I settled down to enjoy my sandwiches, a beer, staring out and listening to the rain. I've also finally discovered the joy of digital/audio books, enjoying Jack London's 'The Call of the Wild' on my iPhone. When the knott hordes became too interested in my blood I retreated to my bug inner and promptly fell asleep, some time during Chapter 3... 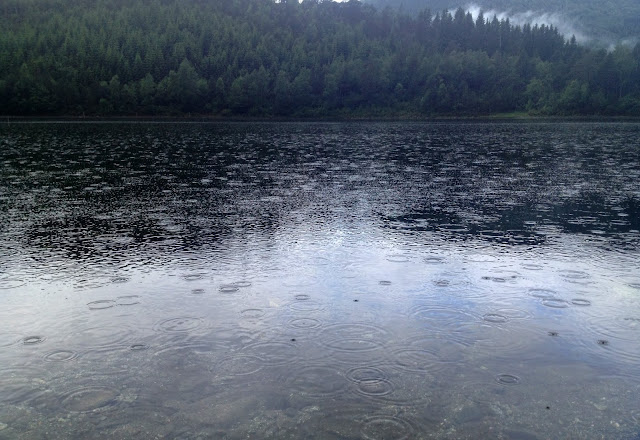 Morning brought more rain. Landing on the fly with a thump, it waited for other rain to hold hands, then excitedly slide down the nylon together in a mazy descent before leaping off the edge to the ground. The stream next to my camp was now burbling and lolling it's way over the smooth pebbles to the lake. Carrying so little gear meant I was breakfasted, caffeinated and packed really fast, all under the SL-3's generous protection. Lastly the fly was un-pitched and stuffed away in the seat packe again. The trail was now slick with mud and slippery rocks so, with pussy being the better part of valour, I pushed my bike through the rain to the road. As I rolled my wheels onto the tarmac the rain stopped but the road was flush with greasy water. I cursed my vanity through flying spray, for removing my fenders yesterday, but I was pleased I had enjoyed a midsummer microadventure, albeit a day late.

And now, onwards to winter! ;) 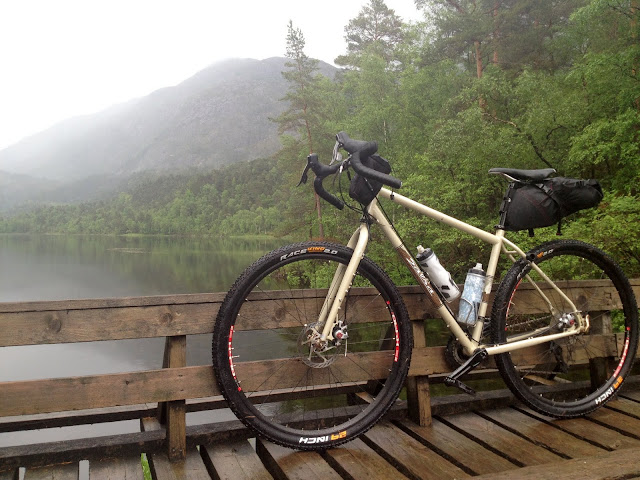