I met Anders the old fashioned way. Through a friend, unlike recent times, when most of my outdoor adventure brethren have been met or introduced through the Internet. You see, Anders is the little brother of Thomas. 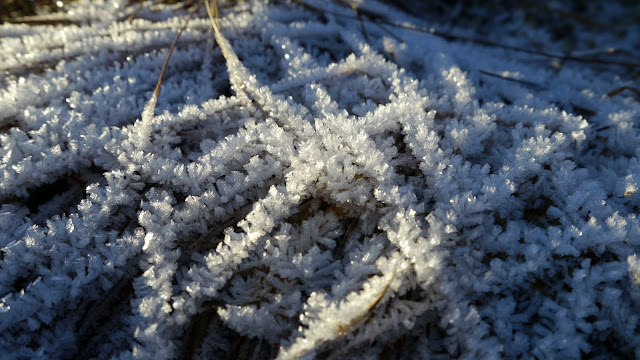 Anders and I had met a couple of times when Thomas and Helen visit our little city of Bergen from their life in the capital. We had made a promise to go hiking or backpacking at some point but never got round to it. Then a few days ago Anders called and the stars aligned. We had the time, transport and a weather window. 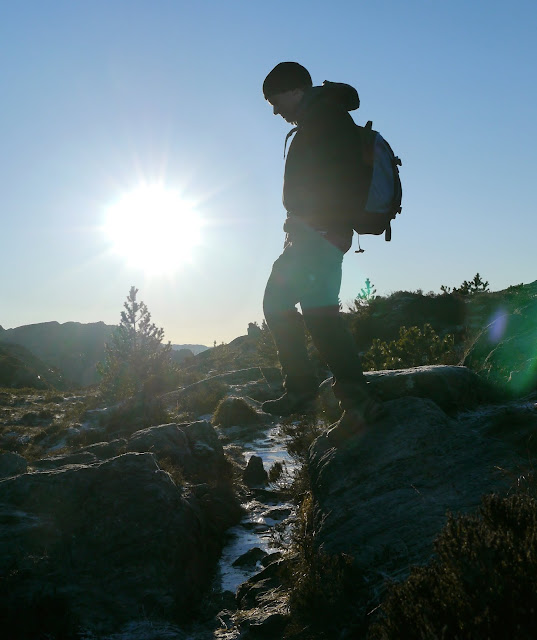 Anders had selected a route planned to the summit of Liatårnet, the highest point on the island of Sotra, a rugged archipelago that helps to coddle Bergen from the ravages of the North Sea. Last time I visited Sotra was almost exactly a year ago, the day of my infamous sea kayak capsize...

We climbed from the road onto the cold hills. In the northern shadow of the hill all plant life was crystalised white. We side-stepped plenty of ice on the rocky trails and crossed frozen marshes with dry feet. We talked politics, cultural differences and movies. Except the occasional dog walker or runner the hills were quiet. The only sounds, our crunching footsteps and a solitary crow. The sun was directly in our eyes for much of the afternoon. We stopped on a suitable slab of granite for coffee, jerky and skillingsboller pastries. Lazing and indulging we picked out the peaks that surround Bergen from our new vantage point and marveled at the port city's ice-free status in a country blanketed in snow for much of the winter. In the distance the Folgefonna glacier. Time to move. Some minor scrambling over some bands of rock warmed us up again nicely.

The last stretch to the twin-domed radar station on the summit was on asphalt. We cinched hoods and zippers in the cold air and shot photos to our hearts content. The snow capped mountains of the interior blushed pink in the late afternoon light, alas beyond the range of my wee camera lens. Jets from the airport down the straights banked sharply above Sotra and glinted in the sun. Time to go. Initially we eschewed the marked trail of our inward journey for our own path and hustled quickly across the moors, in the shadows of the hill, to keep warm. Joining the trail near the reservoir everything was painted red but there was no warmth in this light. Inky blue skies on the horizon and the first stars hinted at a cold night ahead. We slipped and slithered the last descent to the road and scraped ice off the car. Driving back towards the city the night seemed to be chasing us.

Thanks to Anders. And to Thomas for introducing us. Brothers. 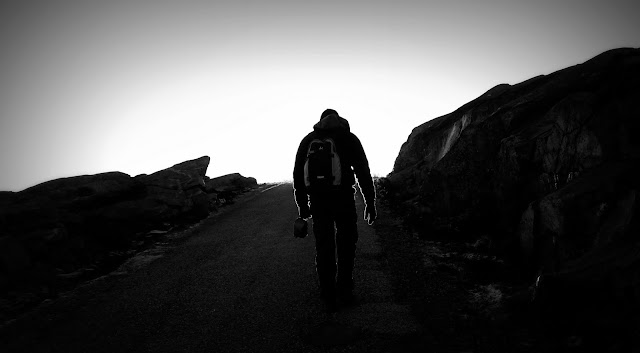