Brush away the cobwebs 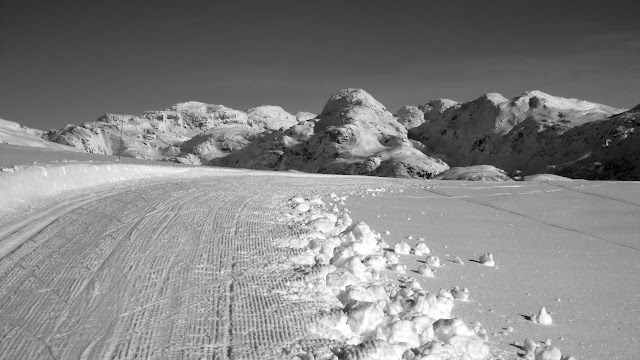 Just as the heavens conspired to show off a beautiful waning moon and Venus the evening before so did the stars align to allow me to get out on my skis for only the second time this winter. Pestilence, injury and procrastination are not conducive to chasing a winter season long on adventure. Add a dash of the prerequisite snow arriving ever-so late and I am left already partly writing off this winter and dreaming of summer already (helped in no uncertain terms by the bright red inflatable boat sitting in my closet...). 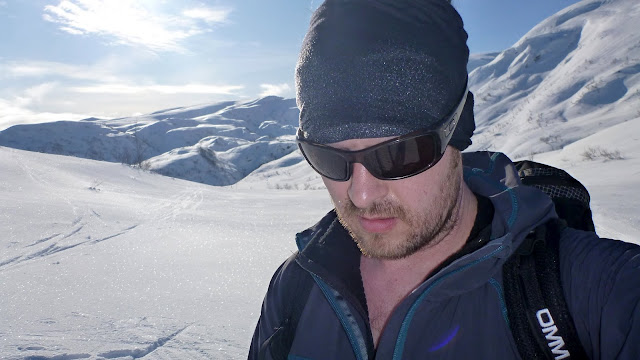 A venture out of my fog choked city on the ski bus sped me past fields and valleys wreathed in mist. Higher we climbed, out of the murk and into blue skies and blazing sunshine. As usual all the kids and thrill-seekers departed at the alpine resort and the hardy few continued to Furedalen. Almost as soon as I clipped into my bindings I realised the snow conditions would prove tricky. Bone hard. Minimal grip. The very first rise from the car park had me scrambling and digging around in the dusty attic of my brain for proper herring-bone technique. It had been too long. My legs moved in unusual planes beneath my hips. My ankles complained about the degree of flex required to get the edges of my skis to bite. All around I noticed people donning skins and rued my rapid departure in the morning that had left my skins sitting, coiled and forgotten, atop my armchair.

Despite the sub-optimal conditions underfoot the rest of the experience was fantastic. I slowly remembered most of my moves and even indulged in a little skating. It wasn't pretty on planks 195cm long but it was a useful reminder that I havent lost all my ability. I even managed to conquer The Corner of Death, a left-then-right-then-left off-camber switchback that has caught out so many of us that it holds near legendary status amongst our small band of expats (the locals, of course, carve that puppy up). The sun blazed and really tried to soften the south facing slopes. Sans skins the climb onto the plateau was hard work, requiring one 'I'm just stopping here to adjust the er... ummm... well, isn't it a lovely view!' excuse of a rest stop. At the highest point I chiseled out a seat from the wind packed snow with my shovel and indulged in hot dogs (incubated in a Thermos), smothered in mustard, ketchup and onions, wrapped in lømpe and washed down with a cheeky bottle of Corona.

After lunch I charged up my solar panels with a quick 40 winks. Topped up I broke lunch camp, crossed the plateau once more and zigzagged my way through the dwarf birch studded hillsides, keen to put as much distance between myself and the ensuing carnage on the groomed trail that draped a more direct route down the side of the escarpment. The main drag down into the resort was awash with people, dogs and pulks. The slick surface enforced eye-watering speed (or might just have been the chill of the now shadowed slopes). Somehow I managed to miss every one of them. Somehow I had remembered how this dance goes. Somehow I had brushed away the cobwebs to reveal a dusty trunk in the dark corner of my mind, just behind the hot water tank and box of christmas decorations, that still contained some semblance of skill. 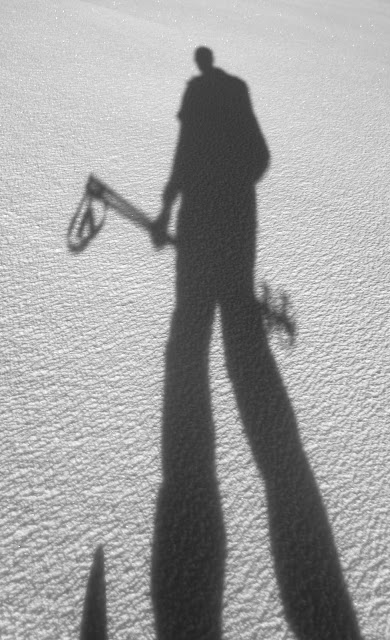 Nice one Joe. I know exactly what you mean about the dusty trunk of demi skills hidden away in the corner of one's mind. It's been so long since I last slid on my plank of spank, I'm sure my skill suite suitcase has rotted, fallen apart and spilled it's contents everywhere. Love that last photo.
Cy