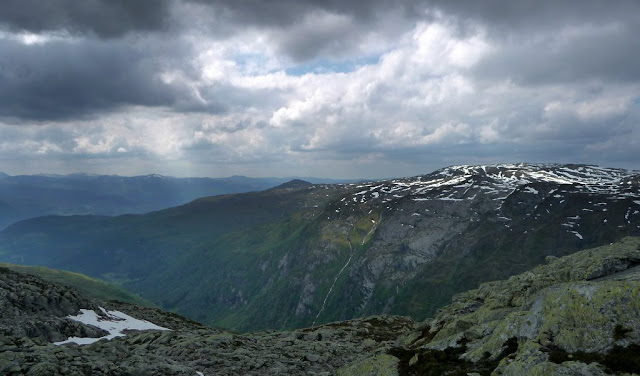 I first attempted this hill two years ago, when I first moved to Norway. Sitting high above Voss, the adventure sports capital of Norway, it's towered peak let out a siren's call. Foolishly I believed that if I could see the top, I could get there. I didn't. I ran short of food, time and legs. I've learned now that the mountains of Norway are a little different to the rolling fields of southern England. After failing on that first attempt Lønahorgi sneered at me every time I passed through Voss, either by road or train, on my many journeys to the mountains since that day. 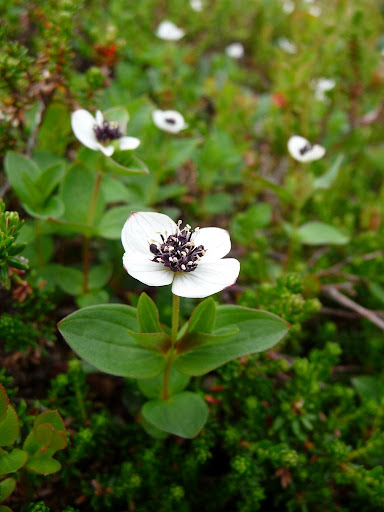 Well we went back at the weekend, with two years worth of hill legs under our belts and a greater appreciation of the rough terrain and stacked contour lines. We also used out smarts this time and took the gondola from Voss up the ridiculously steep, forested lower buttress of the massif. This saved us an hour of viewless, sweaty toil. Squeezing into the gondola with various thrill seekers, all in Voss for the extreme sports weekend, was an experience. I think Catherine especially didn't appreciate the close proximity of so many lycra clad teenage boys, their pointy mountain-bikes or the clumsy mega backpacks of the para-gliders.

We left the adrenalin junkies to jump off the hill back down to Voss and wound our way in the sunshine and warm breeze along the trail. Before long we realised that the extreme sports action was extending it's reach. Paragliders whirled over head and our route to the summit crossed the race course of a crazy 11km mountain running event starting down in Voss and topping out at just over 1000m. Dozens of wheezing, panting participants jogged past in short shorts and Inov8s. Steve echoed my strange feelings that this actually looked like fun and we should enter next year... 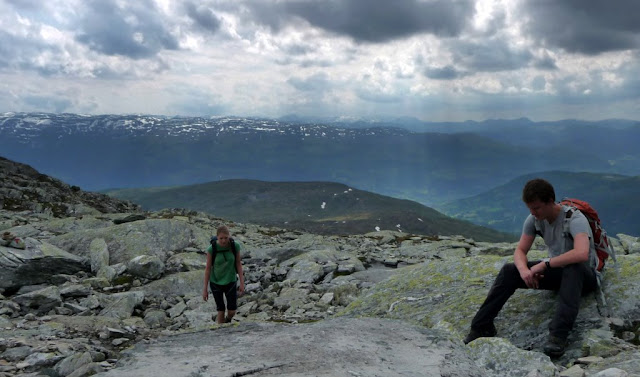 Above the crowds at the race finish area we started to finally get the sense of freedom and wilderness that we were searching for. We met few people up here. The snow fields started and the way became a series of 3-D rock jigsaws. The sky put on one of it's light-shows, mixing blue sky and sunshine with crushing black clouds and distant haze. 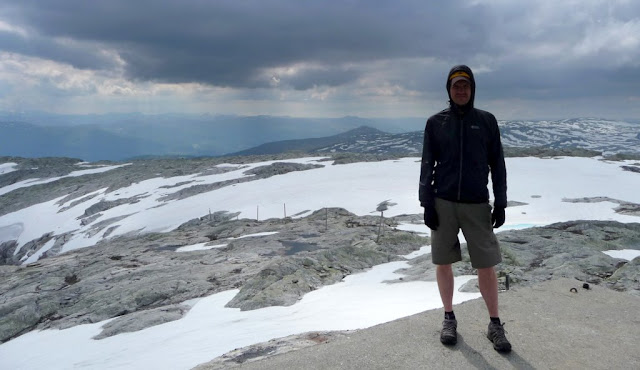 Soon we passed the 1370m contour line that marked my previous high point on this hill and we were heading to the top. The 1410m summit is a little surreal. Instead of the usual cairn and wild 360 degree view there is a massive tower that looks not unlike a James Bond villain's lair. I've still not managed to find out what the tower is used for but it's still impressive to think that someone built it up here, raked by high winds and sub zero temperatures in winter. 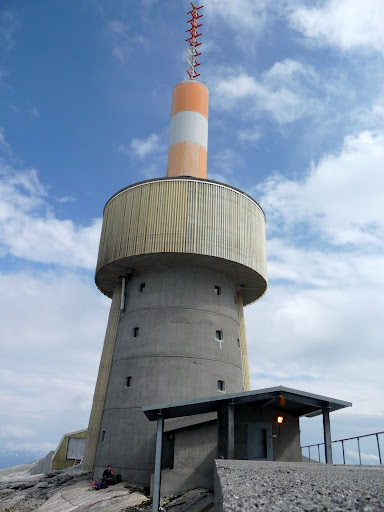 A quick lunch stop with mountainous views in front of us and the buzz of industrial concrete and machinery as our back rests and it was time to head down. The snowfields were fun. Slip sliding the snow and leaping the melt-water streams that snaked across striated rocks. Going down took almost as long as going up and we also had to navigate the brutally steep forested lower slopes as, bizarrely, the gondola stopped running at 17.00, despite Voss being awash with hundreds of thrill seekers who needed gravity. The lower slopes were steamy and choked with flies. Breaking out the verdant cover into the breezy meadow below was welcoming. 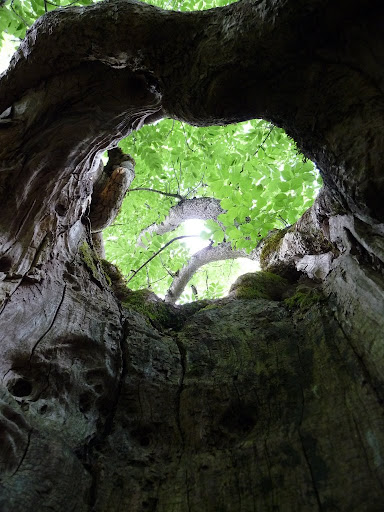 So Lønahorgi was conquered in six hours. No longer able to sneer at us every time we passed through Voss on our way to the mountains. Plans were made for scaling more of the peaks that we had reconnoitred from Lønahorgi's summit. A very welcome ice cold coke at the garage and we were on our way home to Bergen.

As much as I wouldn't like to see this sort of structure all over the place, they do hold a certain appeal, I find them quite fascinating. I prefer not knowing what it's for and imagining it's the entrance to a Ben Cruachan-esque cavern carved out of the inside of the mountain. As you say, with some sort of nefarious goings on inside...

I don't normally pay so much attention to the non-UK blogs, but this post really caught my attention.

I love the photos of angry-looking clouds punctured by shafts of light. They really capture the mood of the landscape.

Enjoyed your write up too - nicely fitted around the images and to the point.

Fraser - I was a bit disappointed with my photos from that day, I didn't shoot nearly enough! The tower made a hell of a racket, some big machinery obviously hard at work inside, performing some important but secretive job. Thankfully the front door was left open , leading to an emergency shelter but the main building was locked.

Whenmenandmountainsmeet - thanks for stopping by. There are plenty of excellent non-UK blogs, some of which can be found on the right hand side of my blog.