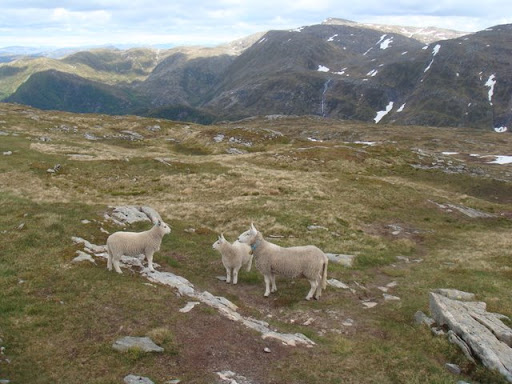 I've never wanted walking in the mountains to turn into a competition but M, myself and two friends have signed up for some just-for-fun peak bagging by signing up for this year's Topptrim. Our mid-week conversations about the weekend's activities now include terms such as 'knock off another one' but far from reducing our time in the mountains to a tick-box exercise it has opened our eyes to the vast wilderness that starts a few kilometres from our front door.

Sunday saw us chasing Austefjellet, an 808 metre high lump that stands next to the dark, menacing twin peaks of North and South Gulfjellet, the southern one of which we climbed last September. The open hillsides and big sky made for a wide canvas for the sun and clouds to take turns painting. The climb to Austefjellet starts straight out of the carpark and gave us little chance of a warm-up. At one point we almost stepped on a nest of young birds, the fleeing mother vacating her nest right at the last second. The sheep in the high pastures obviously know when they're on to a good thing and immediately approached us with the sole intention of doing us out of any lunch we might dare to unwrap in front of them. 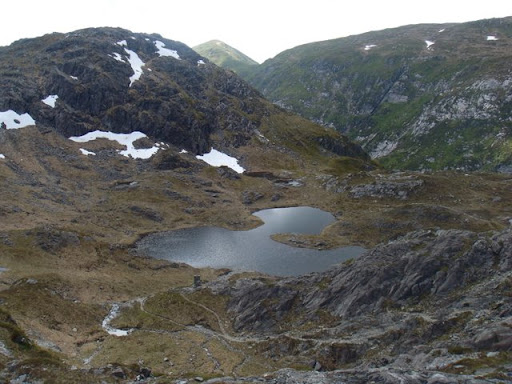 After stamping our Topptrim cards we dropped down the other side of the summit and tried to find the path that led to a great looking ridge walk. After checking the map several times we gave up and got out of the stiff wind by sheltering behind some rocks for a lunch stop. When we'd drained the flask of coffee we headed down to Redningshytte and off into the foothills of Gulfjellet. There were lots of fell runners out today, effortlessly hopping from one boulder to the other. Ankles of steel. At the top of the impossibly steep and loose Corkscrew we had another wee breather before heading back towards the carpark. Just before leaving our high vantage point we spotted the ridge walk that we'd failed to locate earlier, glaringly obvious across the valley (it can be seen in the top centre of the photo above). We vowed to come back a walk along the ridge, proving to ourselves that we weren't here just to put 'another one in the bag'. 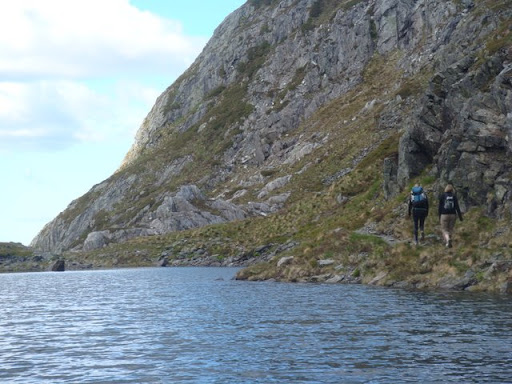 The comment "vast wilderness that starts a few kilometres from our front door" does sound good. Be hundreds of Kilometres for me. There must be a downside to living there? :)