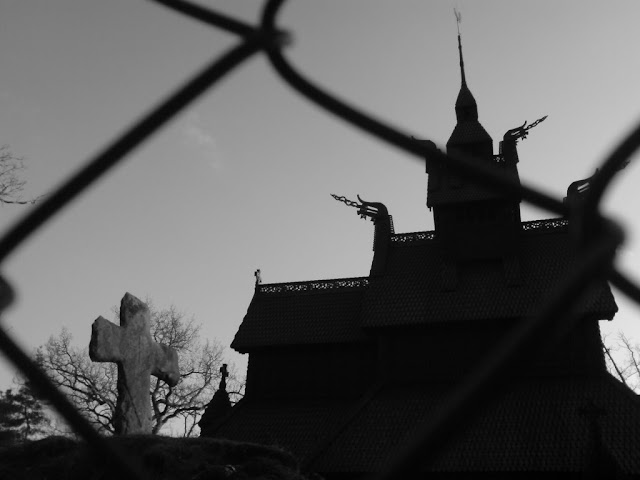 We were lucky enough to be loaned a car for the weekend again but with M's bad knee and my lingering man-flu going out into the mountains was never discussed. Instead we decided to do some exploring of the surrounding areas outside Bergen, particularly the island of Sotra, with it's rocky demeanour and hill fort, where Sea Eagles have recently been seen flying. It was beautiful weather and insulated from the cold, ensconced in the car, it felt almost like summer.

On the way home we called in at another place that we'd been told to visit, Fantoft stave church, originally built in the 12th century, moved to it's current location and recently rebuilt. It had a real Black Sabbath album cover feel about it, especially in the wintery sunshine, under leafless trees. Unfortunately it was shut until next month and surrounded by chain link fence. Security cameras keep watch on this previous target of Norwegian black metal musicians.